By Nick TriggleHealth correspondent
From the section Health 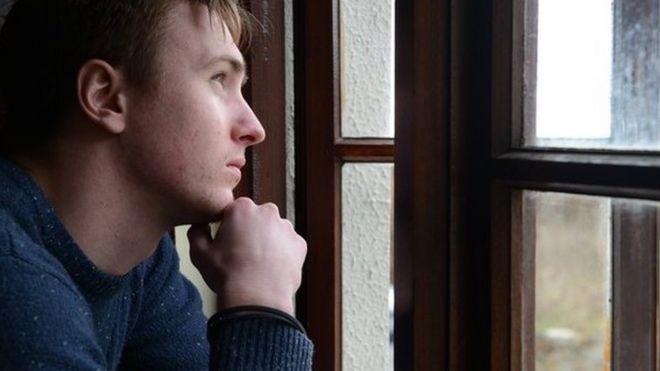 Cuts to adult mental health services in England have started damaging the quality of care given to patients, a report suggests.

The review by the King’s Fund think tank found there was now “widespread evidence of poor quality care”.

Researchers linked this to the use of unproven, cheaper services in a bid to balance the books.

But the government said the amount of money being made available for mental health had been increased overall.

The review also pointed to growing evidence that there was inadequate support for those with severe problems.

It said only 14% of patients had reported receiving appropriate care in a crisis, while hospital bed occupancy rates were routinely exceeding recommended levels – leading to patients being sent to units many miles away from their home.

The think tank looked at official data and previous research as well as carrying out its own analysis to come to its conclusions.

It warned that many of the changes now being made to help trusts cope with cuts to their budgets – four in 10 have seen their income drop in the past year – represented a “leap in the dark” because of a lack of evidence they would work.

These included the merging of specialist teams that deal with crisis situations and those that provide early access to psychosis services, into generic community teams that are not always equipped to deal with the demands being placed on them.

One woman, who the BBC is calling Kate, said her acutely suicidal father was taken by ambulance staff to a mental health café because they could not find him a hospital bed. She said it was meant to be a place where people could talk about their problems.

“It’s certainly not appropriate for somebody who is very suicidal. In fact it’s not safe to take someone like that to a café.

The King’s Fund said some of these changes had even pre-empted cuts to budgets – a sign that trusts feared they would face more cuts in the future.

Report author Helen Gilburt said: “Trusts have looked to move care from the hospital to the community focusing on self-management and recovery.

“Few would dispute the intention and rationale for this – the problems arise with the scale and pace of the changes which lack the necessary checks to evaluate their effectiveness and the impact on patient care.”

Marjorie Wallace, of the charity Sane, said she too was concerned. “A lot of mental health services are disappearing and we really believe that people’s lives are being put at risk unnecessarily.”

But ministers said overall the amount of money being made available for mental health had been increased and improvements were being made by steps such as the introduction of waiting-time targets as part of the drive to achieve “parity of esteem” between mental and physical health services.

Care Minister Alistair Burt added: “We have made great strides in the way that we think about and treat mental health in this country.”

What kind of mental health support have you or someone you know received? Were you satisfied with the quality of the care? Tell us about your experiences. Please email haveyoursay@bbc.co.uk with your experiences.

Please include a contact number if you are willing to speak to a BBC journalist. You can also contact us in the following ways: