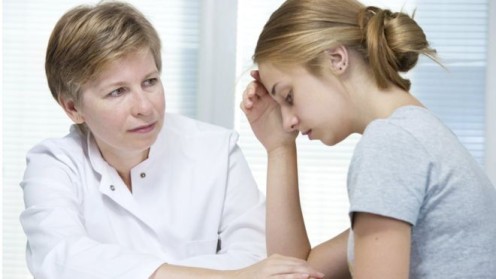 Nearly one in four areas of England has unacceptably high rates of early deaths among people with mental health problems, a report suggests.

The warning by independent experts funded by the Cabinet Office came after they looked at deaths before 75 in 2011-12 in more than 200 local areas.

In each area, the premature mortality rate was higher among those with mental health problems.

But in 51 areas, it was judged to be “particularly worrying”.

It is well known that people with mental health problems die earlier. But this is the first time death rates have been analysed down to a local level.

Overall, the premature death rate among those with mental health problems was 2.4 times higher than that of the general population.

The review – by the Open Public Services Network, part of the Royal Society for the Encouragement of Arts, Manufactures and Commerce – said the physical health needs of people with mental health problems were not being addressed.

The findings mirror a recent report by the Nuffield Trust think tank and come as NHS England is preparing to unveil its new strategy for mental health services.

Report author Charlotte Alldritt said with one in six people suffering from a mental health problem each year it was vital the NHS improved services.

“We need to narrow this gap across the board,” she said.

“Everywhere can do better, but the areas that are doing even worse than you would expect are particularly worrying.

“What our research showed was that some of this is relatively easy to prevent.

“It is about making sure they get basic checks for things such as diabetes and high cholesterol.”

The report found that while suicide was undoubtedly a “significant” factor in the high number of early deaths, poor physical health was likely to be responsible for about two-thirds of it.

Researchers looked at 200 different sources of data as part of their review and found those with mental illness were:

Those identified with the very worst performance on premature deaths were the places where rates were above average and where there was the biggest difference between mortality in the general population and those with mental health problems.

Many of these areas have high levels of deprivation, as would be expected, but a number of relatively affluent places were also flagged up.

For example, Bath and North East Somerset, Wokingham and the London borough of Kingston all had premature death rates in the general population below the national average but high rates among those with mental illness.

Paul Farmer, of the mental health charity Mind, said the report should act as a “wake-up call”.

“It is shocking that people with severe mental health problems die much younger than the general population, often from preventable conditions which ought be picked up through routine testing and screening,” he added.