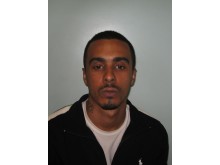 He had earlier been convicted of grievous bodily harm with intent and the Metropolitan Police issued warnings he was dangerous.

Burton was found in the Chelmsford area on Friday 27 Th November,  at 3:pm and was detained by Essex Police on suspicion of escaping from lawful custody .

“At 15:00hrs on Friday, 27 November, officers from Essex Police entered an address in the Chelmsford area and detained Burton on suspicion of escaping from lawful custody. This has ended an intensive manhunt. Police in Enfield have worked in partnership with central MPS resources and Essex Police to safeguard his return. Burton has now been returned to custody where he will no longer pose a threat to the public or himself.”