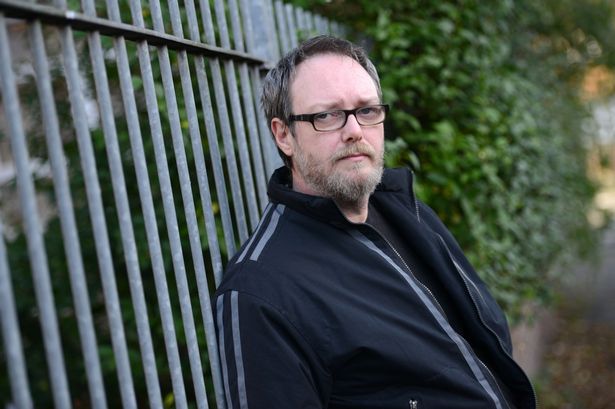 Nothing about John Byron says ‘sometimes I very nearly kill myself’.

But every now and then when life becomes too much, he ends up ‘curled up on the floor screaming and shouting’ on the brink of harming himself.

When this happens John, aged 49 and a chronic depressive, needs help. But in Manchester in 2015 that help is not always there.

John, from Blackley, hasn’t seen a mental health worker for more than a month. He is a long-term patient with a history of suicide attempts.

“If I am feeling suicidal I get a ten minute chat on the phone”, says John. “They ask if I am likely to commit suicide. If I say yes they will come out, but if I say that I am fighting it but worried that might change they leave me to it. You just get through it on you own”

Manchester’s mental health professionals talk of a time 25 years ago, when the city had internationally renowned care. If you needed to ring someone who understood and who knew you and your problems, they were at the end of the phone, even if it was the middle of the night.

Yet patients and professionals increasingly talk of a system flipping into reverse gear, one that is headed back to an era before the 1980s. Years upon years of cuts – compounded by expensive privately-built beds – have taken their toll.

And now the city’s mental health trust is cutting back even further after the council withdrew a vast chunk of funding last April. The very kind of services that used to make it so strong – community workshops where patients could meet each other, gain confidence and keep out of hospital – are now facing the axe.

Annabel Marsh worked in north Manchester’s mental health system as a psychiatric nurse from the late 70s until last year. She would go out up to three times a day to those who needed help 20 years ago. A lot has changed. Now she sees a service ‘on the brink of collapse’.

“At one point, community services in Manchester were world class,” she says. “We had crisis work, community health support within the one team. We worked 24/7.

“We had a dedicated night team based in the hospital. The service was ahead of its time. Everyone who worked on it looks back on it with great pride and great dismay because it was dismantled in the name of progress.

“There was always somebody around. If they needed somebody at 4am, that would happen and there was somebody who they could talk to. What do they have now? I felt they had nothing.”

Workers on the urgent care team, which deals with people in crisis, simply don’t have enough capacity to deal with demand, including phone calls, says Annabel. Morale is low.

Annabel is not the only professional with fears. One experienced current mental health worker, unwilling to be named, tells a similar story.

“The crisis teams are set up really well and all the intentions are there, but because all the resources are so lacking, you don’t have time. It’s all about people having time,” he says. “There is a constant push from all sides to get people discharged from the system,” he adds, which sees staff constantly ‘fighting’ to get patients placed in beds, particularly beds that are not hundreds of miles away.

“You get stressed out and upset. It’s a demoralising spiral.” 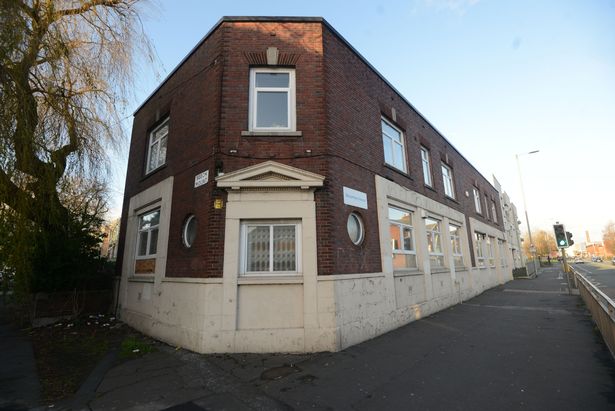 Christine Curtis, who cares for her schizophrenic brother Steven most of the week, says ‘nine times out of ten’ she now can’t get through to the crisis line, even during office hours. So she picks up the pieces instead.

“When he gets ill, it doesn’t matter what time of day it is,” she says. “The voices tell him ‘you’ve got to get out of the house’, and he sees my house as safe. And he’ll come to my house 2am, 3am, 4am to feel safe. He won’t phone the crisis line, because he says they don’t do anything.”

Not everyone has a sister to help them, though, especially in a city with so many single people. Like Alan Hartman, 68. He has schizo-affective disorder – a combination of schizophrenia and bipolar.

Alan lives in a flat in Crumpsall and has been sectioned in hospital for long periods. Previously he’s been found wandering though the streets naked, although he can’t remember it.

There’s a lot of pressure on the staff. The staff are only human. We were told life expectancy for severely mentally ill is 57 – it will go even lower.’

At low points, staff have described him as ‘beyond suicidal’. He is deemed at high risk of deterioration, but like John, Alan hasn’t seen his mental health worker for over a month because she’s been off sick and there’s no back-up.

“It’s not if I get ill, it’s when I get ill now,” he says. “Somewhere along the line I’m going to end up as an in-patient. I would be very frightened to be an in-patient again. I’d try to run away. I have done in the past.”

He is clear about what will loom if the trust’s latest cuts go through: “I think a lot of people will end up in prison. Suicides will be even higher. Hospitals will be full up.

“Now, there’s a lot of pressure on the staff. The staff are only human. The pressure on the in-patient services will be absolutely terrible. We were told life expectancy for severely mentally ill is 57. It will go even lower.” 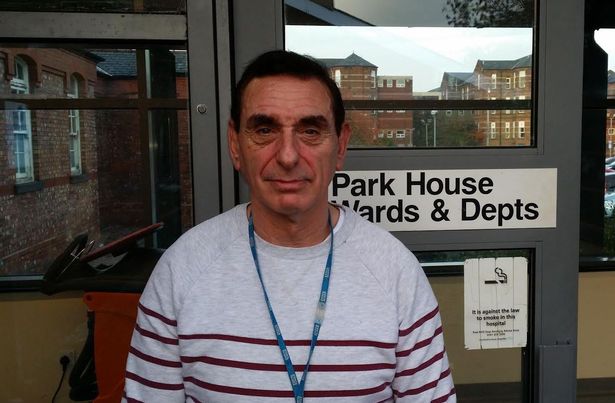 The figures relating to Manchester’s mental health are startling. There’s the city’s unwelcome moniker of male suicide capital, for a start. But there are other worrying indicators, too.

The number of people being sectioned has doubled over the past five years. Stays in hospital are getting longer and longer, at the last count 26 days on average – 44 per cent longer than the national average.

Last summer’s figures showed waiting times at over three months in central Manchester, the worst in the country and the only place to tip over 100 days. As of October there is a shortfall of 61 in-patient staff across the city’s mental health trust, half of them nurses. It is spending £90,000 a week on overtime, bank and agency staff to fill that gap.

As resources dwindle into the red in a city with some of the highest demand in the country, staff and former staff echo John Byron: mental health services are now only dealing with the very, very, worst cases, and sometimes not even then. 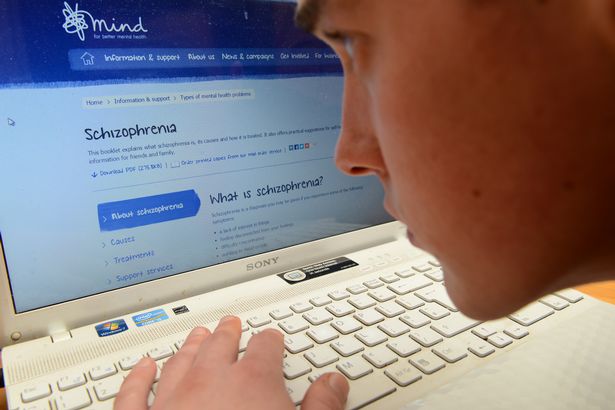 Annabel says it is ‘no exaggeration’ to suggest suicides will rise due to the next round of cuts. She is no more optimistic than Alan Hartman about the future of patients in Manchester under the current and future system, as it continues discharge more and more people back to their GPs – away from workers who understand their conditions.

“It’s a crisis-led service now,” she says. “It’s not about making sure people have decent quality of life and of the best they can in the circumstances. It’s not about that anymore. I think that’s where the cuts are biting very deep.

“And that’s where people need to start screaming and shouting. Manchester deserves better.”

‘Trust had to make some tough decisions’

Manchester Mental Health and Social Care Trust said: “The Trust acknowledges the difficulties in funding for mental health services in Manchester and in-light of these challenges has had to make some very tough decisions. The proposed service retractions are subject to a public consultation.

“The Trust is happy to share the many positive comments we receive from service users via compliments and annual surveys.

“The Trust’s Safer Staffing levels are comparable to that of other mental health trusts and staff sickness levels around stress have also reduced this year.

If you’re finding it difficult to cope with a mental health issue you can call the Manchester Mental Health Service crisis number on 0161-922-3801.

Or alternatively contact the Samaritans, who are available around the clock, every single day of the year, on 116 123.

If you’d like to tell the Manchester Evening News about your experiences accessing mental health services in Manchester please leave a comment HERE or send  an email to newsdesk@men-news.co.uk

A Note From Manchester User’s Network:

Urgently Sign the Petition Below Now; It Will Take You Minutes !

Manchester deserves better mental health services. There must be no cuts in services, jobs or staff.

Jennifer is the MEN’s social affairs editor. She covers political developments across Greater Manchester – including at Westminster and the region’s 10 councils – and has broken a string of national exclusives. As well as writing about politics she helps oversee a team of journalists covering social affairs issues including transport, education and health.