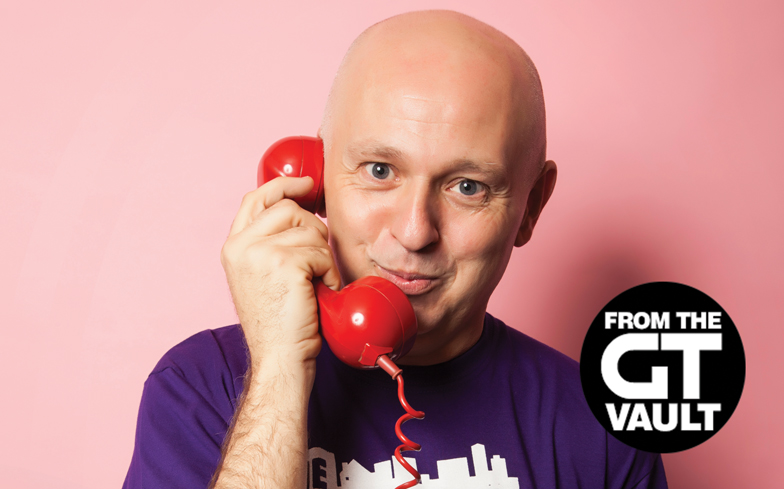 We’ve delved into the GT vault this festive season, to give you some holiday reading.

It was 30 April, 1989. Albert Kennedy was 16-years-old, being chased by a group of angry, homophobic thugs wanting to attack him. They didn’t know he was gay. Even his mum didn’t know. At 16, he hadn’t yet come to discuss his identity, whatever it was. But alone, chased by angry thugs, and on the top of a high-rise car park in Manchester, he was in complete terror.

As the group got closer, the teenage boy’s fear grew. He jumped. Albert was dead. Killed by the thugs that chased him, with nobody there to help.

“I was just appalled at the fact nobody was protecting us, nobody gave a damn. In the 1980s, there was this backdrop of negative press around LGBT people. The backlash from HIV and AIDS. The backlash from Section 28,” Tim Sigsworth, the head of the trust that bares Albert’s name tells GT.

The youth worker who looked after Albert, Cath Hall, decided something had to be done. But back in 1989, public discourse around homosexuality was veiled in myths of gay ‘recruitment’ and ‘promotion’. The fear was so strong that the Charity Commission refused to grant any organisations working with gay youths charitable status – up until the Albert Kennedy Trust became the first, 25 years ago.

Albert’s story inspired Tim Sigsworth, AKT’s chief executive, to be a gay rights activist. “I went to the youth group when Albert was there. I knew the people that Cath had supported through the trust. I was very wedded to the charity before I even walked through the door. From the age of 17 I’ve been an LGBT activist and involved in the campaigns, and it’s always meant a lot to me.

“It was in the local LGBT youth group in Manchester where we built our defence. Where we realised we had to go on the rallies, and we had to go out on the marches, and we had to write articles.”
In the 1980s, Manchester’s police force was led by James Anderton; a notorious, polarising figure, describing AIDS patients as “swirling around in a human cesspool of their own making”.

“We used to have cameras pointing at all the bars and clubs so that they could see who’s going in and out, because we were seen as subversive. They used to raid Clone Zone in Manchester, because apparently it was propagating gay filth. I remember when we’d come out of the clubs in Manchester, and we’d have to run. There’d be gangs of lads waiting to beat you up.”

Tim, like many, faced this intimidation on a weekly basis. “I remember one night going out in Manchester. I thought I was really clever, because I was a sprinter, and I thought they [the homophobes] would never get me. Then one of my friends tripped up. I went back to help him, and they laid into us both.

“It was the most terrifying thing to be set up on and not know when someone’s going to stop. You just go into panic mode. I remember just thinking, ‘someone has got to help us, someone has got to come’. And they didn’t. Nobody helped us.”

The attack was a turning point for Tim, who decided if nobody else would do something – then he would. “I remember thinking ‘I’m going to have a terrible life. I’ve got to make myself straight’. Then, suddenly, I made some close friends, and we were angry, and we realised we had to change things.”

Tim went on to work as a social worker for some years, following in the steps of AKT’s founders. Eventually he came back to his roots, and took a job heading up mental heath services at the Lesbian and Gay Foundation.

“I wanted to set up innovative projects. We set up a group at a secure hospital for LGBT patients. These people were very isolated – they needed the help. We set up drug and alcohol projects, we set up mental health services in-house. I loved that job, because it allowed me to develop solutions with the community for their needs.”

Tim spent years of his life setting up these projects to help vulnerable LGBT people. The hours were long, and results would sometimes take years to see, but Tim didn’t care – so long as he was being a part of the community he loved, and doing his bit to help.

How many people he has helped is hard to gauge. Tim, in his characteristic modesty, is reluctant to put a figure on it. “Well it’s all subjective isn’t it – they might not say I helped!”

In actual fact, after three decades of working with young people and helping lead two charities, the number of LGBT people in Britain he has helped is huge: “It must be a few thousand. Well, OK, I’d rather say how many we as charities have helped, rather than me alone. It’s more than 50,000. Well, OK, OK, it must be about 100,000. Actually it’s quite a lot, isn’t it?”

Politicians and prominent figures will this month celebrate the introduction of same-sex marriage. But it’s because of people like Tim Sigsworth, who held the placards on rallies in the 1980s, and today holds the hands of young people facing their own challenges, that these freedoms were ever won. Tim Sigsworth is an unsung hero, from a generation of heroes.

To find out more about the Albert Kennedy Trust, visit akt.org.uk