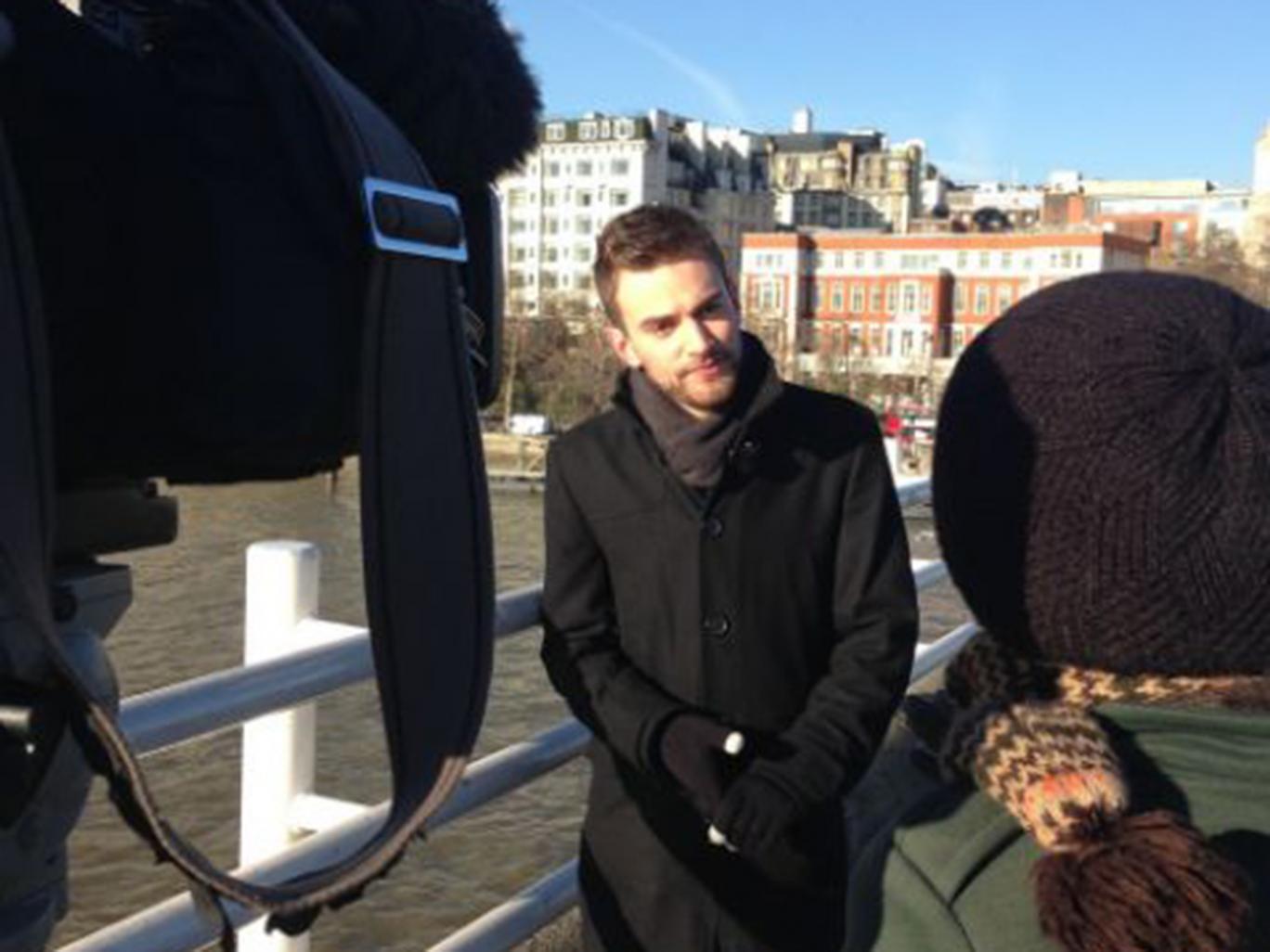 Jonny Benjamin on Waterloo Bridge, where he tried to kill himself Channel 4

On a January morning in 2008 a young man from south London approached the edge of Waterloo Bridge and prepared to throw himself off.

Jonny Benjamin had just been admitted to hospital and diagnosed with schizoaffective disorder, a combination of schizophrenia and depression. Struggling to come to terms with his diagnosis and battling to keep his sexuality under wraps – Mr Benjamin is gay – he felt he could no longer bear to be alive. 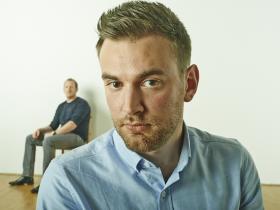 Mr Benjamin did not take his life that day; the kindness of a stranger who stopped to talk saved his life. After convincing him not to take his own life, the stranger continued on his way.

Six years later Mr Benjamin embarked on a campaign to track down the passer-by he believed was named Mike to thank him personally. The “Finding Mike” campaign became a global phenomenon and eventually led Mr Benjamin, now a filmmaker and mental health campaigner, to the man who saved his life, a former personal trainer called Neil Laybourn. Finding Mike: The Stranger on the Bridge, an award-winning documentary which aired on Channel 4 last year, captured the pair’s emotional reunion.

Now, aged 28, Mr Benjamin is about to launch a new scheme to tackle the “appalling” suicide prevention strategy in the UK.

His initiative, ThinkWell, which is being launched on 11 January, is designed to educate young people about mental health and break down the stigma surrounding mental illness and suicide through school workshops. Each session will be delivered by a trained workshop leader and a qualified therapist.

Mr Benjamin, who developed the idea with Pixel Learning, which runs interactive workshops incorporating film and education, is determined to demystify mental illness and provide young people with the “vital” information and help which they are not being offered elsewhere.

“My passion has always been young people, mainly because of what I went through when I was younger,” said Mr Benjamin.

“We developed the workshop and piloted it in a few schools. The reaction was really positive – the young people we spoke to really wanted to talk about this subject. There were a lot of young people that needed to talk. It was great to watch them engage, but it was worrying to see how much there was a need for it.”

Parents and teachers had a “really positive” reaction to the workshops as well, Mr Benjamin added. “Teachers need support,” he pointed out. “They’re not trained in mental health and how to look after young people’s wellbeing. They want us to come in.

“Parents realise it is an important subject that needs to be spoken about from a young age – it makes sense to go into schools.”

He added: “I get really frustrated, particularly around suicide prevention strategy in this country. It’s just appalling.

The activist has the ear of key policymakers in the mental health sector and in the Government – he’s held meetings with both Sam Gyimah, the education and childcare minister, and Alistair Burt, the social care minister – and is determined to push the issue up the agenda.

Mr Gyimah told i: “We are at a turning point in how we tackle children’s mental health issues and I am determined to ensure we get it right – putting young people and children at the heart of this process is vital. Initiatives like Jonny’s can play a huge role in helping schools find the right way to support good mental health.”

Mr Benjamin said: “Mental illness is so isolating. For so many years I struggled alone – to be able to talk about it is such a relief.

“I find it really sad that people aren’t being given the help and support they need,” he added. Things could be quite different.”

More on this Story:

More on this story from MUNReporter: