As CCGs struggle to meet waiting time standards in physical health, something has to give and so mental health funding is trimmed in each area. 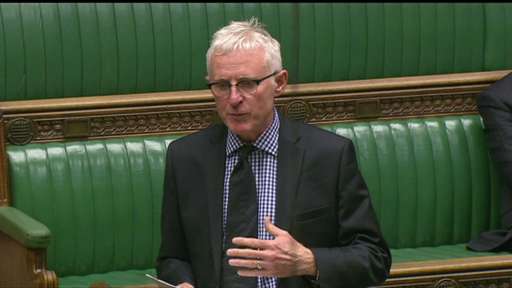 When it comes to mental health, there can be no doubting the evidence of a discrimination at the heart of our NHS. Even though one in four of us will experience a mental health problem at some point in their lives, people with mental illness do not enjoy the same rights of access to treatment as those with physical conditions. Critically, this imbalance of rights drives where the money goes. As CCGs struggle to meet waiting time standards in physical health, something has to give and so mental health funding is trimmed in each area.

This amounts to discrimination against those who suffer mental ill health. How can we possibly justify this imbalance of rights – particularly given the impact that this has on the funding of vital services? Too often people suffering mental ill health are shunted across the country in search of a bed during a crisis. Perhaps most serious of all, however, is new evidence exposing the number of people losing their lives.

Data I recently obtained from NHS England, under the Freedom of Information Act, shows that more than 8,000 serious incidents were reported by mental health trusts in England last year – a dramatic increase of more than a third (34%) since 2012/13. These incidents include 1,713 unexpected deaths and 751 suicides, both of which have risen by more than 20% across the same period.

Events are reported as a serious incident in the NHS when they are considered to be so significant for the patient, staff or the NHS that a full investigation is required. The aim of investigating these incidents – which can also include injury, abuse, and misuse of information – is to learn lessons so that similar events might be prevented in future.

The number of serious incidents doesn’t tell us the full story. The investigations might not reveal any particular fault on the part of the care provider, and a drive to increase transparency and learning across the NHS could explain some of the spike in reported incidents. But the figures paint a disturbing picture, and the Government and NHS England should open a full investigation into the reasons behind this deeply worrying trend.

Reports into the failure to investigate more than 1,000 unexpected deaths at Southern Health mental health trust highlighted a gross failure of process and accountability. While these latest figures show the number of deaths which are properly reported as incidents requiring investigation, the extent is similarly appalling. Serious incidents should be rare – but it is now clear that this is not the case. These deaths are tragedies for families across the country, and it is vital that lessons are being learned.

There is a strong sense that these deaths are linked, at least in part, to the serious underfunding of mental health services, which are increasingly struggling to cope with rising demand. Despite accounting for around 23% of the overall burden of disease in the UK, mental health spending is equivalent to around 10% of the total NHS budget and has fallen in real terms in recent years because of the discrimination in the system.

As a minister and now opposition MP, I have repeatedly argued that the only way to achieve equality for mental health is to rectify the institutional biases and imbalance of financial incentives and rights that exist in the NHS.

Now that we know the devastating consequences of this imbalance, we must act. The Coalition Government introduced the first ever waiting time standards in mental health and, at the same time, we published a vision for comprehensive maximum waiting time standards for everyone with mental ill health. These would guarantee treatment on a timely basis in all parts of the country by 2020. It is essential that the Conservative Government re-commits to delivering this vision in full.

The Independent Mental Health Task Force, led by Paul Farmer of the charity Mind, will soon publish its long-awaited five year plan for transforming mental health services to deliver equality with physical health. A leaked version of the report recently revealed that the NHS will need an extra £1.2bn a year to implement its recommendations and guarantee equal access to treatment by 2020. When we know that the economic and social costs of mental illness are around £105 billion each year – not to mention the horrific cost of human life – can it make any sense to oppose this investment?

Errors and weaknesses in healthcare will inevitably happen, but there can be no reason to tolerate serious incidents on this scale – particularly those involving unexpected deaths and fatal self-harm. In government, I was determined to end the historic injustice against those suffering mental ill health. It is time for people of every stripe to pull together to complete the job.