A severely depressed mental health campaigner has been abruptly discharged from care after nearly a decade – and told there is nothing else that can be done for him.

John Byron, 49, has long been under the care of Manchester’s community mental health team to help him deal with suicidal thoughts and self harm.

Since late last year he has also been campaigning against savage service cuts planned by Manchester Mental Health and Social Care Trust (MMHSCT), due to be signed off on Thursday.

Now, after nine years, the trust has suddenly discharged him altogether, claiming that despite its efforts he hasn’t got any better so there is nothing else it can do.

MMHSCT said it would ‘never discriminate against or victimise a user’ but added it could not discuss individual cases.

Former mental health nurse Annabel Marsh, who retired from the trust last year, said that people are now being discharged from the service ‘left, right and centre’, she said, including patients on heavy medication for conditions such as schizophrenia.

She still voluntarily runs a group for people with mental health problems – and said she was seeing more and more people in crisis not getting the help they need. 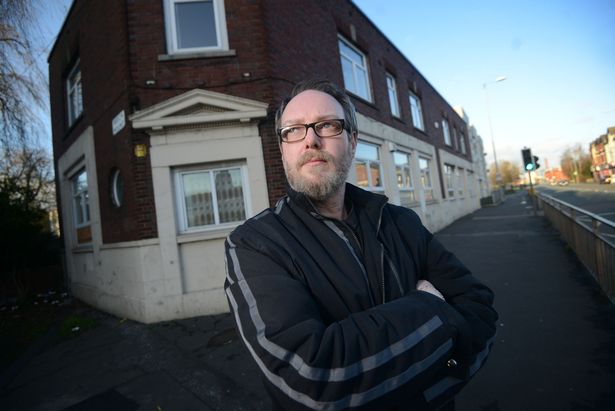 “I can’t tell you how distressing it is,” she said.

“As someone who facilitates a peer group it is very worrying what is happening. People are being discharged with major illnesses on serious medication which GPs don’t know the complications of.

“I just don’t understand how they can get away with it.”

A trust spokesman said: “No service users, who following assessments are assessed as requiring our care, would be stepped down.”

The trust’s board is to meet tomorrow and is expected to sign off a range of cuts to community therapies that will hit hundreds of patients, despite a public outcry against the move last October.