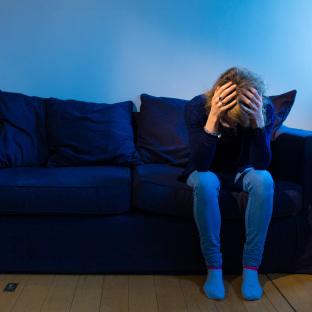 PLANS are being developed to allow people with mental health issues to be cared for in Bolton instead of being placed as far away as Birmingham.

The town could be home to a ‘locked’ rehabilitation unit after proposals were put before the Bolton Clinical Commissioning Group (CCG) last week.

Barry Silvert, clinical director of commissioning, received the go ahead to develop a business case for the pilot which would be home to up to 12 to 14 people.

Speaking at the CCG public board meeting on Friday, Dr Silvert said it would cater for patients who are current sent Out of Area for treatment (OAT).

He added: “We currently have 57 OAT mental health patients, these can be patients with dementia and people with complex needs.

“The fact is we have got patients in places like Durham and West Bromwich simply because facilities are so few and far between.

“There will be benefits of trying to bring people back closer to home. The rehabilitation process can be supported with families living near by and effectively effectively the length of the stay should be considerably reduced.”

The development of the unit would be a collaboration between the CCG and the current providers of impatient specialist mental health provisions in Bolton, the Greater Manchester West NHS Foundation Trust and Alternative Trust.

According to a preliminary report, patients have expressed a “strong desire” to be located in Bolton and the benefits of the pilot include being near family and friends support networks, streamlining the ‘step down’ process into less restrictive services and closeness the acute wards at the Royal Bolton Hospital.

OAT numbers are also reported to be increasing with patients suffering from problems caused by legal highs, drug and alcohol abuse, post traumatic stress disorder, dementia and through increased awareness in mental health.

Patients are currently placed in the North West and beyond, the report identified a possible 19 female patients currently on OAT that would be suitable for the unit as well as the potential of developing it through the refurbishment of the currently vacant Hawthorn House.

Owned by the Greater Manchester West NHS Foundation Trust and located on site at Royal Bolton Hospital, it could cost an estimated £1.7 million to £1.9 to refurbish.

A consultation would take place on the pilot once a business plan was developed.

Members of the CCG board gave their support to the development of the business plan for the facility.

Chairman Wirin Bhatiani added: “It is a very compelling case. The reason why highly complex patients need care out of the area is because we don’t have a facility but we don’t want them out of the area when their families are here and their children are here.

“As a basic principle, we want people nearer to their home if opportunity to have a facility for people in town.

“We need to explore it further and there is not reason not to.”