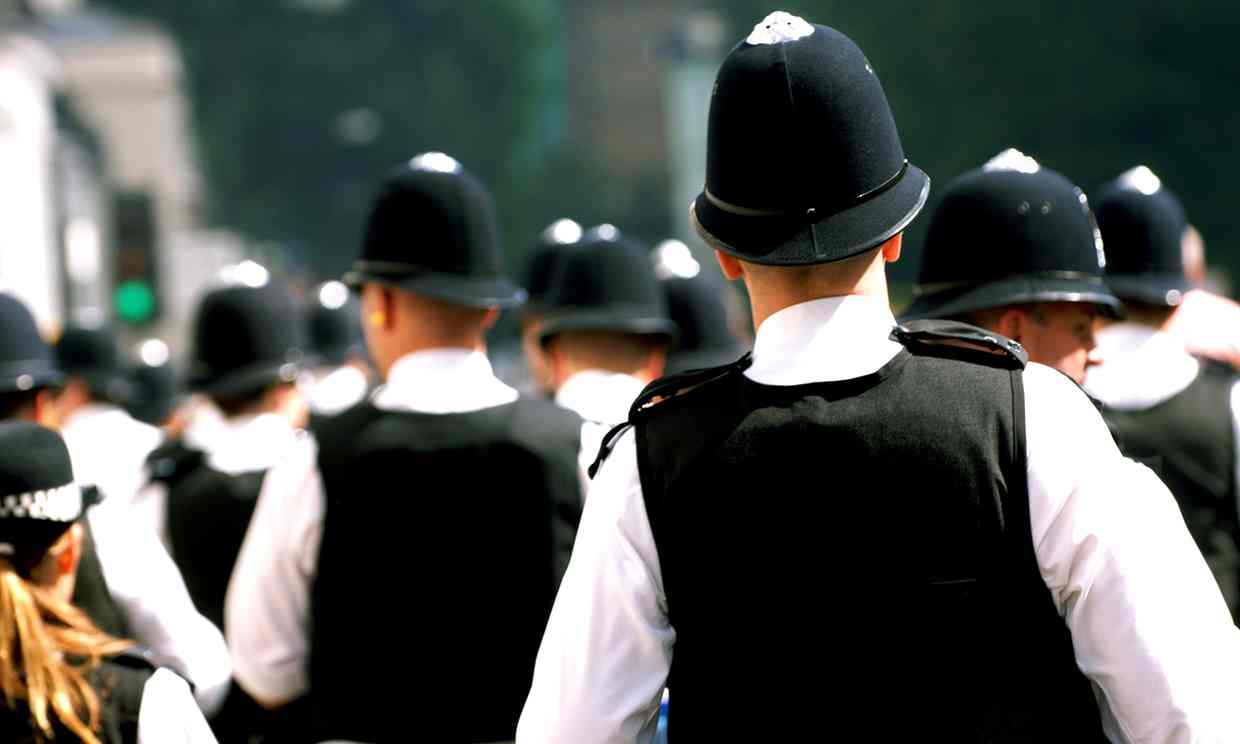 Police will get a minimum of two days of training on mental health issues, with some officers getting more. Photograph: Steve Phillips/Alamy

Police say they are being relied on as an emergency mental health service and that cuts in psychiatric provision are probably to blame, the Guardian has learned.

Officers point to an increase of more than 50% in a decade in the use of powers to detain people under section 136 of the Mental Health Act. It allows police to remove someone from a public place and take them to a place of safety.

On Monday police chiefs begin new initiatives to help officers cope with the mental health crisis being played out on Britain’s streets. Alex Marshall, head of the College of Policing, said: “There is a real risk the high number of cases that frontline police deal with is because the police are stepping in where other agencies would have provided the support.”

Police suspect a dramatic increase in their use of emergency powers to deal with people suffering a mental health crisis is because of cuts to community psychiatric care. The number of instances of section 136 powers being used increased to 28,271 last year, up from 17,417 in 2005-06.

Marshall said: “This is a real live issue in all parts of the country. People in a mental health crisis should receive support, whatever time of day or night, from a properly trained mental health professional.”

Section 136 is used, for instance, in cases where officers have talked someone down from jumping from a bridge or on to a train line, or have found someone who is distressed or agitated in the street.

The lead on mental health issues for the College of Policing, Insp Michael Brown, told the Guardian: “Police are relied on as an emergency crisis service more now than previously. The police are using the power more. This may be attributable to some areas not having enough availability to care for people in the community, as opposed to in mental health hospitals and units.”

Support for the police view came from a study last week (pdf) from the university of Manchester showing that suicide rates were higher for those being cared for in the community than in mental health units.

In the last year 200 people took their lives while being cared for in the community and experts say community mental health crisis teams are under too much pressure.

Brown said some of the apparent increase in use of the emergency mental health powers could be because of better reporting but the majority is because of an increase in demand: “For lots of other reasons, a 10,000 increase in a decade [of section 136 use] is almost certainly because of a greater number of incidents police are attending,” he said.

On Monday the College of Policing launches guidelines aimed at getting police to avoid using force when having to deal with those they believe may be suffering from acute mental health problems. Some cases have ended in deaths, with families left grieving and police under investigation. Marshall said: “The officer dealing with an emergency very rarely knows the history of the person standing in front of them.”

Police will get a minimum of two days of training on mental health issues, with some officers getting more.

The college’s new guidance urges officers to avoid using force. “Failure to listen and actively engage in dialogue to draw out an explanation for apparently aggressive or odd behaviour represents a missed opportunity to de-escalate and resolve a situation informally before arrest and restraint may be necessary. An individual who is frightened, confused or injured may appear to be experiencing mental illness, but this should not be assumed before the subject has had a good opportunity to explain what is going on.”

The increased use of section 136 powers by police has happened despite several forces sharply reducing their use of the power because of street triage schemes, in which mental health experts go to patients and assess them, thus avoiding police having to detain them.

As well as government funding, police have put greater effort towards reducing the number of mentally ill people being held in cells because health services do not have beds for them. That initiative has been successful, although there are sharp local variations, probably due to local health service capacity.

In the Avon and Somerset force area one in six people detained because of concerns about their mental health spend time in a cell. In Merseyside the figure is zero.

Last week it emerged that a police chief is threatening to take legal action over his force having to cover the gaps in mental health services. Shaun Sawyer, the chief constable of Devon and Cornwall, threatened to sue his local NHS trusts over a lack of mental health beds. He said he would no longer tolerate a practice he regards as unlawful.

In one case a mentally ill victim of sexual assault had to be held in a police cell as no bed was available in a hospital, the Exeter Express and Echo reported.