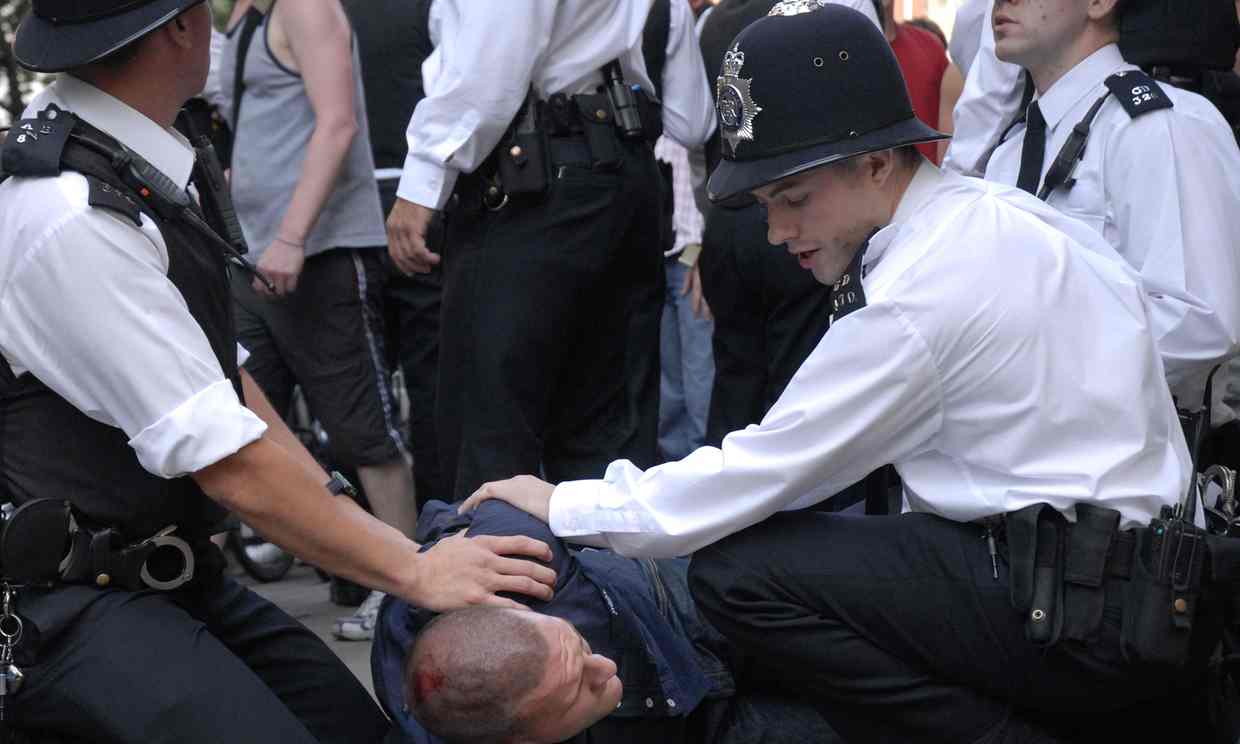 ‘Police across England and Wales are now using powers under section 136 of the 1983 Mental Health Act 50% more than they did a decade ago – nearly 30,000 times in 2014-15.’ Photograph: Janine Wiedel/Rex Shutterstock

In my time as the deputy and then commissioner of the Metropolitan police, my primary concerns were with terrorism and issues around diversity. But a constant problem for my officers was dealing with people exhibiting psychotic behaviour in public, which seemed to be getting worse. A main driver of this was the inadequacy and local unpredictability of mental health services.

Since I left office in 2008 the situation has deteriorated more dramatically than I could have imagined, with the latest report suggesting that police across England and Wales are now using powers under section 136 of the 1983 Mental Health Act 50% more than they did a decade ago – nearly 30,000 times in 2014-15. These numbers are a symptom of a crisis in mental health provision.

Section 136 is the power given to police officers to remove individuals who appear to be exhibiting signs of acute mental distress from public places to what is described as “a place of safety”. This should be a hospital but, in an emergency, can be a police station.

There is a similarity here with the much more widely understood crisis in social care for the elderly, with too many simply frail people staying in hospital when they should be being looked after at home. The closure of many psychiatric hospitals in the 1980s under the policy of “care in the community” has put pressure on mental health provision, while the increased geographical mobility of many families makes care by relatives much more challenging

But the real issue, both in social care and mental health, is that money is being spent on crisis-handling rather than on prevention.

The police and hospital A&E units have, in the past decade, become the only 24-hour public services for people in crisis. The police have had severe funding cuts but are still there at the end of a telephone. Anyone working in the NHS will admit that the government’s vaunted “parity of esteem” between physical and mental health has not been honoured, particularly for young people. Meanwhile local authority budgets, which part-fund child and adolescent mental health service and community health teams, have not been protected at all.

This means funds for services that would have previously been available are being rationed on the basis of seriousness of need. Adult care provision is being refused by cash-strapped local authorities to hundreds of thousands of people who would have previously received it; now they will only get it when their incapacities worsen to the point where they end up in A&E, then in a ward from which they cannot be released because there is no adult social care service to support their recovery at home.

I have lost count of the number of officers dealing with distressed young people – and of friends and acquaintances whose children are so ill as to be taken by police to local psychiatric institutions only to be assessed as not ill enough to be given a bed. All of these are therefore released into the care of community mental health services, whose budgets have also not been protected. Over 200 people took their own life last year while under the care of such services, which lack sufficient resources to prevent difficulties becoming disasters.

Last year the government announced that police cells should never be used for the housing of mentally ill people. Fine, but announcing that something is forbidden is not the same as providing an alternative, as was highlighted during prime minister’s questions last week.

In my early service in the 1970s it was a rare sight in a police station to see a cell door open with an officer sitting outside, watching over a vulnerable person with mental health problems because there was nowhere more suitable to take him or her. Later, it became less rare. Contrary to the government’s intention, that sight will probably remain commonplace for some time, as will cases on the street where officers end up dealing with psychotic individuals without sufficient backup from mental health professionals. It is interesting that the chief constable of Devon and Cornwall is reported to be threatening to sue his local NHS trustsover a lack of mental health beds.

The social care crisis will affect most of us in the coming years, whether as patients or as relatives. Such experiences can be deeply distressing and long-lasting, but unless more money is put into mental health provision, both in residential care and in the community, significant numbers of people will suffer; and families will face the acute and agonising dilemma of how to look after someone at home whose psychotic state is unpredictable, occasionally violent and sometimes self-harming.

Meanwhile the police will continue working to provide a service for which they were not and are not designed. When Robert Peel, who founded the Metropolitan Police in the 1820s, said the police are “only members of the public who are paid to give full-time attention to duties which are incumbent on every citizen in the interests of community welfare”, I don’t think he envisaged them as community mental health workers.

The Home Office judges the success or failure of individual police services by reductions in crime – not on dealing with mental health crises – but unless NHS and council-run mental health services are adequately funded, too much police time will continue to be taken up with a task they are ill-equipped to perform, and which risks jeopardising their role as protectors of the community from crime and terror.