"Mental health can change so quickly between being relatively stable, to finding yourself in real danger. More funding and awareness is needed." 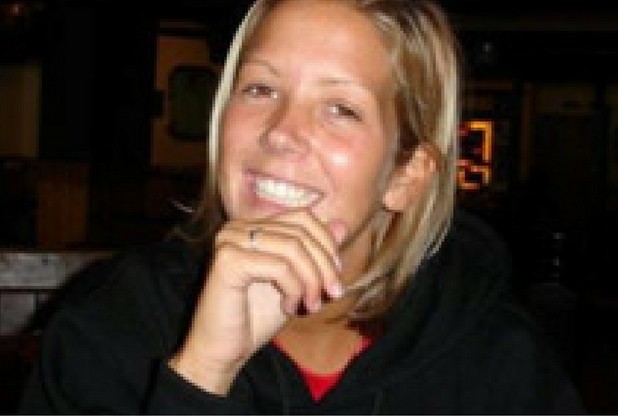 There have been calls for an urgent review of funding for mental health services following the death of a new mum. At Lucy Teuton’s inquest a psychiatric nurse admitted there was a lack of staff to provide regular contact with clients.

The 36-year-old from Redruth died after falling from cliffs at Portreath last year. She had only given birth seven weeks before.

And the inquest heard a psychiatric nurse admit she did not have enough time to meet Lucy after she suffered a psychotic episode. Instead it was agreed to up her medication and the home treatment team would make contact after the weekend. Her body was found on Saturday night. 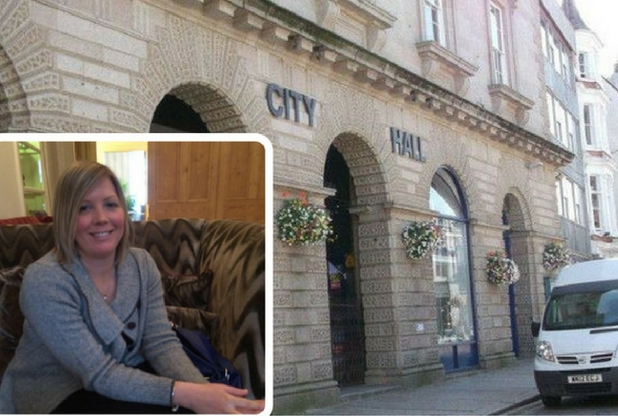 Writing on the West Briton Facebook page in response to the report of the inquest, Kristen Williams said her family had to “fight tooth and nail for months” to get her the help she needed..

“Unfortunately this is the reality of cuts in the NS, leading to staff being put under unbearable amounts of pressure which leaves them disillusioned with their jobs and their ability to provide proper care for patients,” she said.

“The home treatment team are fantastic – they are literally lifesavers, but they just don’t have the resources to help everyone who needs it.

“Mental health can change so quickly between being relatively stable, to finding yourself in real danger. More funding and awareness is needed.”

Read more: Remains of fisherman missing for a year at sea are found

And Sarah Devine said she had issues over her daughter’s care. “My daughter’s mental health is not being managed suitably either by the same service and it terrifies and frustrates me beyond belief, but I have recently worked alongside the mental health team and have seen how difficult it is for them to manage caseloads with such limited resources. 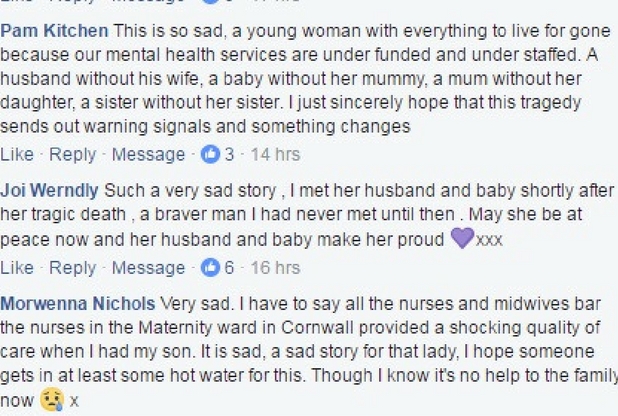 Speaking at the inquest the psychiatric nurse admitted that Cornwall’s mental health teams were under so much pressure from lack of staff that it could not provide regular contact with clients and were unable to provide them with the best care.

Tanya Blackman said: “We need to urgently look at the funding for mental health services- it is so tightly connected to general health.

“We would never leave someone lying with a broken leg, why do we not have enough trained professionals to help people suffering episodes, when they happen, regardless of what the patient agrees to?

“She may have agreed to up her medication if that was all that was offered- but truly this woman needed help right there and then and the funds just didn’t allow.”

Also writing on Facebook, Gordon Richards said: “Mental illness is as debilitating to sufferers as other illnesses. Let us as a society start seeing mental illness for what it is – REAL’. Those who make the decisions about funding need to hope they or their families never get or have to deal with Mental Illness.”

Stacie Tresidder-Carthew said: “I cannot believe that in a world where mental health knowledge and understanding is growing everyday yet we are still reading these devastating stories.”

Sha Carwford said she felt Cornwall seems to have less funding than other parts of the country. “When are the government going to start putting enough funding into mental health? Funding is dangerously low across the country but it seems to be particularly poor in Cornwall. Psychosis and depression are (usually) temporary. Suicide isn’t. This could and should have been prevented with enough resources.”

And Dawn Cawley Eddy said: “Social and health services cannot be treated as businesses, we lose more than profit, we lose lives.”