Jeremy Corbyn has called for more money to be spent on hospitals, social care and mental health, claiming the Government is "under-funding" key services. 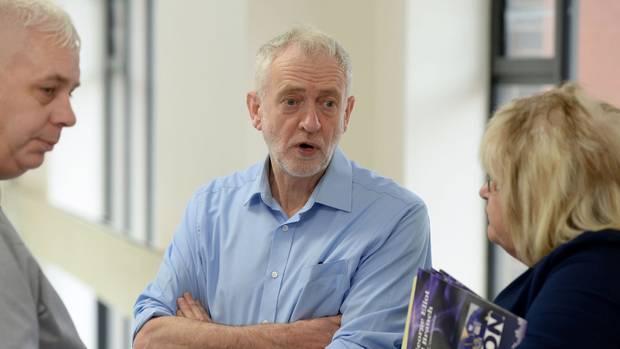 The Labour leader claimed there was a mental health “crisis” and it needed to be funded properly, while he said Government cuts to local authority budgets were having a knock-on effect on social care.

Speaking ahead of the party’s NHS campaign day on Saturday, he was setting out Labour’s vision on health policy.

“One – hospital provision, under-funding of hospitals, waiting times and STP – sustainability and transformation plans, which are putting at risk a lot of A&E departments all around the country.

He added: “The second element is social care, under-funding of social care, the need to improve social care and improve the way in which we treat care workers.

“Third, there is a mental health crisis across the country.

“I feel very passionately about this, that’s why I have appointed a shadow minister at cabinet level just for dealing with mental health because I think as a country we have to face up to the crisis we’re in, fund it properly, but above all change the mood music as well.

Mr Corbyn earlier met staff at George Eliot Hospital in Nuneaton, Warwickshire, which has just come out of special measures.

Speaking of the visit, he said: “Well done all those that work in that hospital but they are under-funded, they have problems releasing elderly patients who need social care because the social care facilities are over-stretched and not available to them.”

He added: “The concerns there are frail, elderly patients who’ve had the necessary hospital treatment then need to go home, or go into a care facility of some sort.

“It’s not available, there isn’t anyone to care for them because the local authority’s budget is so stretched, so they stay in hospital longer.

“It stops somebody else going into hospital, it may delay an operation for sombody else and it increases the cost and misery for everybody.”

Mr Corbyn said: “It’s not the fault fo the older person who is stuck in hospital, it’s the fault of a Government that under-funds local authorities who want to provide the social care that is necessary.

“It’s a social care problem across the whole of Britain.”

A Department of Health spokeswoman said: “The Government has committed to a £10 billion funding increase each year by 2020/2021 for the NHS, which is dealing with more patients than ever before whilst improving care.

“This includes £4 billion extra this year, as well as more money for building new hospitals.

“Many councils are providing high-quality social care services within existing budgets so we are helping spread good practice, backed by access to up to £3.5 billion extra by 2020.”