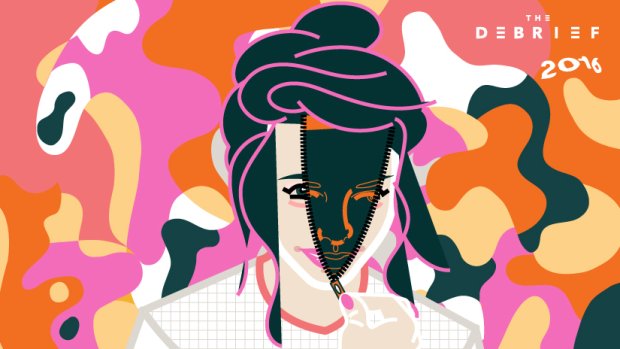 Wow, 2016. What a year you have been. Between the collective mourning of more beloved celebrities than we can bear to count, and some frankly terrifying political shifts, it’s been a real emotional rollercoaster. As a society our collective emotional health has been rocked by game changing event after game changing event. Given the way this year has unfolded perhaps it’s no wonder that the NSPCC reports receiving more calls than ever from young people experiencing anxiety.

On a more positive note, in terms of our personal mental health 2016 has, arguably, been a year in which many of us were more open than ever about our personal struggles. You might even say it was something of a tipping point; much has been done in attempts to combat the stigma around anxiety and depression in particular. However, mental health services – treatments and support – are still falling short of the requirements of those in need. We have serious issues with access to services and delays in the NHS.
So, with 2016 (thankfully) drawing to a close we as if it really was the year that saw conversations about mental health take their place in the public domain. Indeed, was it the year that we got closer than ever before to finally doing away with the stigmas that have shrouded mental health problems for so long? And, is it possible that all of the shocking political events we have witnessed have actually played a role in putting us all more in touch with our collective emotional wellbeing?

‘I think the events of this year are bound to have an effect on anyone. Whether you like politics or not, it has an impact on everyone’s lives and mental health,’ says 23-year-old mental health campaigner Tamanna Miah.’Brexit is quite a heart breaking prospect for many young people because it impacts on their future. And the US election is scary – particularly with some of the comments that have been made regarding those from different backgrounds, religions and ethnicities. I’ve always wanted to go to the US but now feel that I wouldn’t be welcome there, and it’s a real shame. There’ve been a lot of challenges,’ she adds.

‘It’s been rough!’ agrees 26-year-old Sarah, the founder of period subscription box Monthlies. ‘I found after Brexit that it really made me question my sense of home. I’m from the North West, where there was a big leave vote, but I was living in London where everything thought we’d remain. I felt like I was really foreign to a lot of the people I grew up around, and feeling unsettled had a big impact on my mental health. It’s been a tough time for communities too, especially with the rise in racism associated with Brexit. It’s easy to feel like your voice can’t do anything to conquer it.’

Despite the challenges, all the young people and campaigners we spoke to agree that it’s been a great year for mental health awareness – if not for mental health itself. ‘I honestly think it’s been a hot topic this year, which has been great because it’s done its part in cracking away at that ever so strong mental health stigma,’ says 28-year-old positive psychologist Sean Patrick, author of That Guy Who Loves The Universe and founder of the Chill The F Out, a digital health app for young people.

‘I’d say it was a long time coming, and it got to a point where there was a mass realisation that we deserve to live a happy life. It’s not just about grin and bear it, or get on with it; we’re here on earth, we have a limit time, and we’re meant to experience joy in that time, so fuck this feeling of being sad,’ he adds.

For women living with mental health problems, this mass awakening has made a huge difference to their ability to speak out. ‘The isolation and uncertainty of starting a social enterprise has caused me quite a bit of anxiety, but I’ve felt more able to talk to people than I would have done a few years ago, and like I’m more validated in how I’m feeling,’ Sarah says.

Likewise, 25-year-old Rochelle says: ‘When I published an article about my experiences with anxiety I received a tidal wave of support on my Facebook page, which I’d never experienced before this year. It’s reassuring to be surrounded by people that “get it” and are willing to offer support.’

So what’s helped us opened the floodgates on mental health? ‘I believe that our society is slowly learning to understand that, while some individuals may have a specific mental illness, our entire international community has mental health,’ says 22-year-old Anna, author of the Daily Insanity Blog. ‘Media outlets are creating a dialogue around the topics of mental health and wellness. We are seeing more people openly speak about their own experiences, through articles, blogs, and videos. We’re certainly increasing our emphasis on mindfulness, self-care, and overall stress reduction,’ she adds.

As a campaigner, Tamanna’s been pleased to see events like Mental Health Awareness Week and World Mental Health Day given more prominence than ever before, and says campaigns like Huffington Post’s month for men’s mental health have been really significant in addressing issues like the alarmingly high male suicide rate.

‘I’ve particularly seen more men opening up. I was really impressed by Hussain Manawer’s talk – he’s a YouTuber and I think he was an absolute star raising awareness. He’s Pakistani, he’s Muslim, and he’s a guy, so that was a big deal, especially because there’s a lot of stigma left in ethnic backgrounds,’ she says. ‘I also think it was positive seeing the Labour party appointing a Shadow Minister for Mental Health; that was a huge milestone,’ she adds.

For women too, there’s been far greater awareness of gendered differences in mental health. Katharine Sacks-Jones is Director of women’s charity Agenda, who this year launched their campaign Women in Mind. ‘Recently we’ve seen very high levels of mental ill health amongst younger women, who are now the most at risk group – with very high levels of self-harm and post-traumatic stress disorder,’ she says. ‘I think people are starting to recognise that we do need to think about the particular needs of both women and men in how we approach mental health and mental health services.’

However, she adds: ‘I think for women who have the most complex needs – very severe mental health problems, often coupled with addiction, who have often experienced abuse and violence – there are still really high levels of stigma around that. I think many women experiencing depression and anxiety feel more able to come forward and seek help, and that’s really welcome, but I don’t think we’ve seen the same yet with more severe mental health conditions.’

In a lot of ways 2016 really has been a tipping point for our national mental health conversation, with more openness, more awareness, and more people getting it than ever before. However, with the mental health challenges the year has presented, have those in need been any more able to access support? Well, not really.

In terms of treatment, Tamanna worries that NHS services still only offer quick, short-term fixes. ‘Treatment times and waiting lists are getting longer, and many underlying problems are not being tackled. You have to peel all the layers and really go deep into the root causes before you can actually fix the problem,’ she says. ‘Early intervention and prevention are key in tackling anything – we need long-term, sustainable fixes.’

This is one of Mind’s key campaign focuses, and the reason they’re currently campaigning for better mental health training for the nation’s GPs. ‘Our GP surgery is often the first place we go when we’re struggling with our mental health, but currently less than half of GP trainees receive any training in mental health,’ Paul explains.

In 2017, he adds, Mind will continue pushing to ensure enough money reaches frontline NHS mental health services for everyone who needs them, and tackling the social factors – like debt, housing and welfare problems – behind many mental health problems. Mind is also campaigning for better crisis care throughout 2017, including an end to the use of police cells for people in mental health crisis.

At a policy level, the government is also soon to announce the appointment of their new mental health equalities champion, who Katharine hopes will have ‘a focus on women’s needs explicitly, alongside other equality issues including race and ethnicity.’

For blogger Anna, it feels like enough groundwork has now been done for us to start moving towards real change. ‘Raising awareness and eliminating the stigma surrounding mental health has been our focus, but now we need to shift towards teaching our society how to react and move forward once someone expresses a need for help,’ she says. ‘There should be resources and solutions available that are sustainable, and we need to provide organisations and employers with the necessary tools for helping those who suffer.

In 2016 we made serious progress but we aren’t there yet. So, will 2017 be the year that mental health awareness sees talk turning into action? Let’s hope so…