Some psychosis cases an ‘immune disorder’ 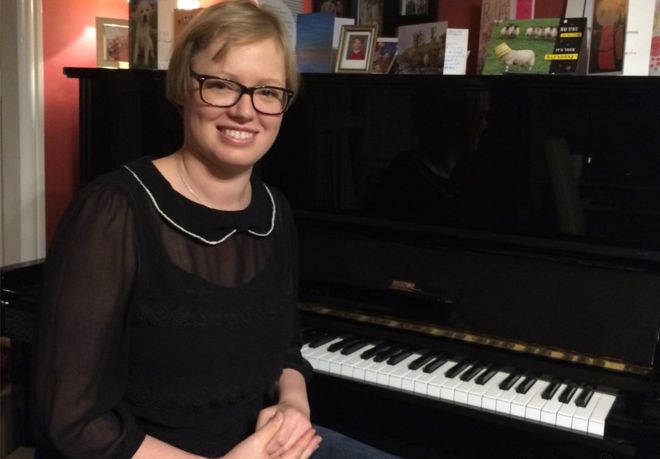 Some patients sectioned with psychotic conditions, such as schizophrenia or bipolar disorder, may actually have a treatable immune disorder, say Oxford University scientists.

A study in the Lancet Psychiatry suggests up to one in 11 cases of psychosis may involve antibodies attacking parts of the brain.

Blood samples were taken from 228 people in a UK-wide trial.

The finding is controversial, but opens up a new way of treating patients.

Sarah Galloway, 25, from Gateshead, is now recovering after her immune system turned on her.

She was in the final year of her chemistry degree when things started to go wrong.

“I deteriorated in a matter of days,” she says.

“I hallucinated that my body has morphed spiders’ legs or rabbit ears, I’ve seen them there, I’ve felt them there.

“I get strange ideas in my head that someone is trying to kill me or I have to kill someone, and then a lot of it has resulted in self-harm.”

Depression: A revolution in treatment

Sarah was rapidly sectioned by doctors, given a diagnosis of bipolar disorder and treated with anti-psychotic medication.

However, a chance blood test turned up something unusual in her immune system.

Antibodies should protect the body, but instead Sarah’s were attacking the surface of her brain’s cells and disrupting their function.

That transformed Sarah’s treatment, and she was given drugs to suppress her immune system.

She even had troublesome antibodies filtered out of her blood.

How big a problem?

Prof Belinda Lennox, a clinical psychiatrist at the University of Oxford, is concerned other patients may be slipping through the net.

She led a UK-wide trial that took blood samples from 228 people when they developed psychosis for the first time.

The strongest evidence was for antibodies that attack the NMDA receptor which helps brain cells communicate with each other.

These were the antibodies found in Sarah and turned up in 3% of people tested.

Prof Lennox told the BBC: “The implications of this are that there are patients in mental health services now who will have these antibodies and could potentially be treated in a very different way.

“I think this is a really exciting advance for psychiatry as a whole, and every psychiatrist and patient with psychosis needs to be aware of this and to look for it and treat it assertively when we find it.”

But this remains – at least in part – a controversial finding.

The immune system attacks the brain in autoimmune encephalitis, and again it is the NMDA receptor that is involved.

“However, the large majority of patients develop other symptoms for example seizures or abnormal movements,” said Dr Josep Dalmau, from the University of Barcelona, who made the key breakthrough in understanding autoimmune encephalitis.

He added: “These usually bring the diagnosis to the doctors, so I think [considering] the number of patients you may have in a psychiatric institution with well established psychotic disorder for several months or years, the likelihood they have these antibodies is extremely low.”

Clinical trials are under way to see if this fledgling field of immuno-psychiatry can actually benefit patients.