Theresa May has unveiled plans to do more to help those, particularly young people, with mental health conditions.

In her speech at the Charity Commission, the prime minister announced a number of pledges including training at every secondary school, training for employers and organisations, and the appointment of a mental health campaigner.

Here, people have been sharing their experiences of mental health services.

For the last three years, I have been saying exactly what the prime minister has announced today.

I lost my daughter Chloe Rose to suicide two and a half years ago – she was 19.

She was under the care of Children and Adolescent Mental Health Services (Camhs) but discharged at 16.

There is a gap in care from the age of 16 to 18. After 16, you’re put into the adult mental health category.

But a young person in a dark place may miss an important appointment – who follows them up to see if they’re OK?

I’ve carried out talks to police recruits and college students, and have done many charity events.

I ran a 100km [62-mile] ultramarathon in memory of my daughter – it was for the charity Survivors of Bereavement by Suicide, which is a great charity I use who support people going through suicide grief.

I’m currently serving in the Army as a sergeant, and I’m going through a transfer to become an Army welfare worker.

Also, I will soon be getting qualified as a adult and young persons’ mental-health first-aid instructor and also a trainer in applied suicide-intervention skills training.

Being in the military, I’m well aware of the stigma and lack of resources that are not available to us and the community.

I run a social media page, Miles for Mental Health, to raise awareness of organisations as well as funds to help pay for people to do mental health first-aid courses.

I’m pushing for the courses to be brought into the curriculum in both primary and secondary schools, as well as in companies, communities, and the military.

I’m a firm believer that experience, education, research, intervention and preparation can potentially save a life.

Mental health services have been in crisis for the last five years.

[In my job as a community psychiatric nurse,] we have no beds or resources.

My team has over 90 people on its caseload.

We struggle to cope with 45.

The system is broken.

We take people on to avoid admission, but we have no beds to admit to.

This year, [after 40 years,] I have had enough, it’s time for me to go, I cannot cope with the strain and pressure anymore.

The government do nothing, they lie and manipulate all the time.

Trust managers know what is happening but are unable to act. 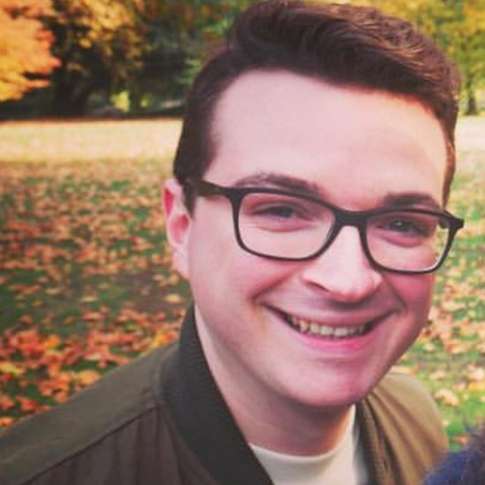 I’ve had experience of both NHS and private mental health facilities recently, and the NHS is far worse at dealing with mental health issues.

I had quite a bad experience with a GP who was very dismissive of these issues, so I opted to go through a Live Well facility in my local area.

This was better for me, but still has a very light touch and [is] generic, without any effort or in my view ability to deal with mental health issues.

I’m in a position where I can afford private healthcare, however many are not, so I can only imagine how widespread this issue is.

I’m glad that there will, hopefully, now be a far greater focus on mental health, but there needs to be both words and action to tackle the problem.

My daughter had anorexia last year.

She suffers from self-esteem issues and the feeling of needing to be perfect.

She was diagnosed [at] the beginning of April, but the nearest appointment to see a Camhs worker was the middle of June, which I feared would have been too late for my daughter.

I took her to the GP again due to her deteriorating health, but he told me that I had to wait for the Camhs appointment.

At this point her weight was in the danger zone, down to five stone.

In the meantime, I tried manage it all myself, using all kinds of approaches to help my daughter.

When she was eventually seen by Camhs, she was so ill she was admitted to hospital.

She had to stay in a general hospital for two weeks before there was a bed available in a specialist hospital.

But the nearest bed was over 120 miles from home in Middlesbrough, as there is no provision in the whole of Cumbria.

She stayed in Middlesbrough for seven weeks – it affected her mental health further by being so far away from home, but in the end it was the best place for her.

When she was discharged, she needed to see a dietician, but the only one in Cumbria was off sick.

My daughter didn’t see a dietician for six weeks.

My main issue is that GPs didn’t understand the seriousness of this mental health disorder – the system is woefully inadequate.