Assaults on mental health staff up 25% in four years

By manchesterusersnetwork on 8th October 20172 Comments 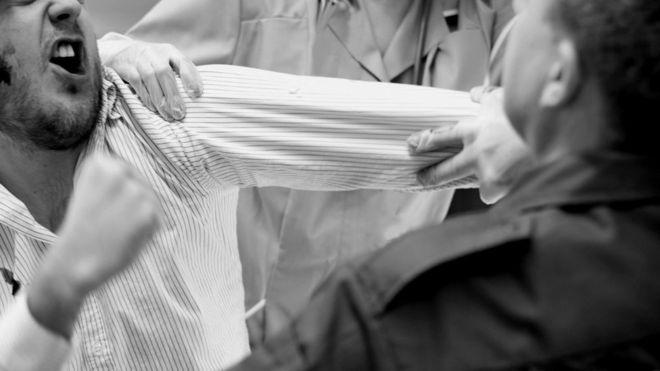 Mental health staff in the UK are working in a “powder keg” environment, as assaults by patients soar, a BBC investigation has revealed.

Figures obtained by 5 live Investigates show there were more than 42,000 reported attacks on staff in 2016-17 in the mental health trusts who responded.

The figure is more than a quarter higher than for the corresponding trusts four years earlier.

Nearly two-thirds of mental health trusts in the UK provided data under a Freedom of Information request, which revealed assaults increased from 33,620 in 2012-13 to 42,692 last year.

They included a healthcare assistant who was stabbed to death and a worker having part of their thumb bitten off.

England, where assaults were up by more than a third, accounted for the vast majority of the rise.

The number of attacks recorded by providers in Scotland, Wales and Northern Ireland showed little or no overall rise.

There were also more than 17,000 assaults by patients on other patients in the UK last year. 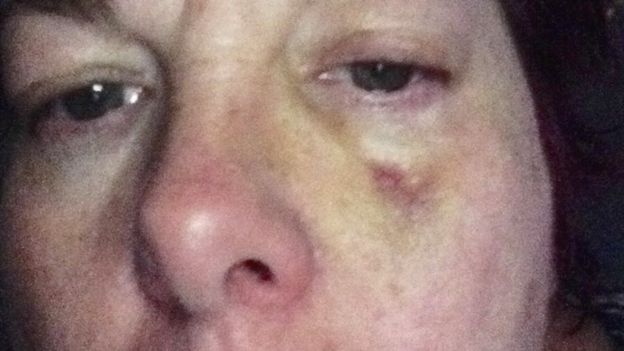 Sharon Morris and a colleague had taken two patients out into a courtyard so they could have a cigarette when she was punched to the ground.

Her attacker hit her several times in the face before she passed out. She was taken to hospital suffering from concussion and bruising to her face.

“I had known the patient for 18 months, and the attack came out of the blue. I think it was opportunistic.

“I’ve been a nurse for 30 years and had scratches and been shouted at before, but nothing as serious as this.”

Sharon was off work for weeks and suffers from flashbacks and panic attacks. She no longer works with mental health patients.

“People are now much more unwell when they come into units, there’s a shortage of beds and staff are stressed,” she said.

“It’s a powder keg. It just needs the slightest thing to happen” she said.

Her concerns are echoed by public-service union Unison: 5 live Investigates has been given exclusive access to its survey of more than 1,000 mental health staff working in a range of roles with children and adults in hospitals, secure units and in the community across the UK.

In the report, called Struggling to Cope, 42% of responders said they had been victims of violence in the last year.

One worker described being “repeatedly punched to the floor”, while others spoke of “attempted strangulation” or being head-butted, spat on, kicked and bitten.

Nearly a third of mental health workers said levels of violence had risen in the last year and most blamed staff shortages and overuse of agency staff for the increase.

Sara Gorton, head of health at the union, said staff shortages meant fewer people were around to deal with rising numbers of patients with complex needs.

“This is leading to an increase in violence and a working environment that makes it more difficult to retain staff,” she said.

The Department of Health said it was “completely unacceptable” for NHS staff to face violence or aggression at work.

“All incidents should be reported, and we expect the NHS to work with the police to seek the strongest possible action.”

5 live Investigates: Attacks on Mental Health Staff is broadcast on Sunday 8th October 2017 at 11am BST. If you missed it you can catch up on the iPlayer.