By manchesterusersnetwork on 13th December 20182 Comments 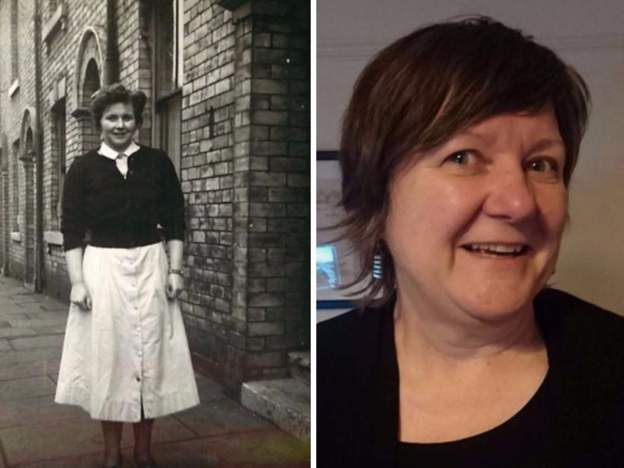 Karen Reissmann followed in her mum’s footsteps into the NHS and started as a student psychiatric nurse in January 1982 at Springfield Hospital, an old workhouse and asylum in north Manchester.

“In 1949 an advert went out across Germany asking for people to work as mental health nurses and cleaners in the new NHS, they were desperate for them.
“My German mum Hella replied to the ad.

“I’m told two coach loads of people from Germany arrived in York ready to work because of that call out.

“Mum became a geriatric nurse specialist and fought for the rights of patients in her care.

“The first ward I worked on was a ‘psycho-geriatric’ or older age mental health ward which only had two toilets for 20 patients.

“Some people naturally found toilet time uncomfortable; I know I couldn’t go to the toilet with everybody watching me.

“I remember after 13 weeks of this, coming away and realising to myself that I wasn’t shocked by the set up anymore.

“I was horrified that it took only three months for me to become institutionalised.”

2 Responses to "NHS at 70: Caring through the generations : Nurse Karen Reissmann NHS A Family Tradition"