“FROM DOCS TO DOCUMENTS THE PATIENT COMES FIRST” 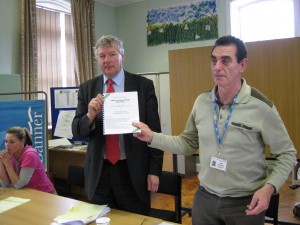 Receives a copy of the ‘Patients Report’ from Chairman Alan Hartman (who was recently re-elected unopposed by users of the Network) whilst attending a meeting held at the offices of the M.U.N…

…”In fairness, if I have a criticism of my own government, it is that there have been not just in the Mental Health Trusts, but throughout the Health Service, there have been too many changes”…

The MP’s response to a question put forward by service user Mr Nicholas Simpson 57 (Pictured Below) who is studying in the Open University and wanted the MP’s views on the many changes that have taken place within the Welfare System under ‘New Labour’. 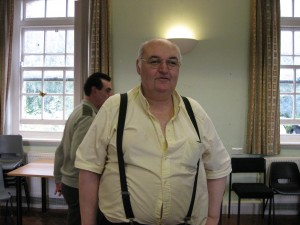 Full reports of the meeting will shortly be published. (Use RSS to stay updated).

It was a hushed room that listened alongside the former Manchester City Council Leader as Norman Howard of the M.U.N read from the minutes of Tuesday 19th

August, 2008 and as he approached the last few lines of the documented report there was realization amongst the audience that the patient has begun to be listened to. Although the languet within the reports seems a little distant from how the average man or women would transcribe their thoughts there is no getting away from the facts that the report that John Boyington CBE chaired is proving to start to bring about the much needed change. Along with the ‘Patients Report’ copies of both are now being asked for and a trickle is becoming a flow. Patients now wonder what will the new faces mean and after Christmas who will remain ?

Read All About It Below:- 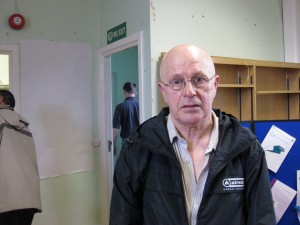 Mr. Kevin Ashton “This was a good meeting, looks like we are getting results”

The Minutes in Full:–

The Manchester Users Network and Manchester Mental Health Watchdog joint meeting had been organised to give service users and members of the public, the opportunity to gain a greater understanding of the ‘Mental Health Services in Manchester’ report and what this means for Manchester.

The meeting was chaired by Alan Hartman

Danny from the Manchester LINk (BHA) took the notes

Those who were present at the meeting on the 19th August 2008, agreed that the minutes, read out by Alan Shatsman, were a true and accurate record of the meeting.

Alan H stated that the Network had to ask other organisations to take the meeting minutes due to limited resources.

2. John Boyington CBE – to explain and interpret the report on Mental Health Services in Manchester.

Background to the report

John apologised for the report being difficult to understand and explained that the language used was pitched at the Joint Commission Executive and the PCT, as they had commissioned the report in April 2008.

The project was setup to look at the provision of mental health services primary for adults 16 (+), including older adults, with severe and enduring mental health needs, and the commissioning arrangements for those services between Manchester Primary Care Trust and Manchester City Council.

The main issues which are covered in the report are:-

During the review a number of issues came up which had been be raised in previous reports. These issues are stopping the progress of mental health services in the city.

The project team has produced a number of recommendations for the Trust, PCT and JCE.

Q. How much did the review cost?

Q. What can be done to prevent the poor treatment of patients by nurses?

A.  During the review the issue of poor treatment was not brought up. John added that any poor treatment of service users (bullying etc) is totally unacceptable and should not be tolerated under any circumstances, and that

a system should be put in place whereby service users can go and discuss issues and actions will be taken.

Q. Nurses have asked why they weren’t involved with the review?

A. The team did spend time speaking to doctors and nurses and their general comments have been included in the review, but would be interested to hear what the nursing staff’s view are.

Q. What do you think about the level of service user involvement within the Trust?

A. The review has only looked into the last 8 years, but what we have seen is that any attempt of service user involvement has been chaotic, and can’t understand why it has been ignored for so long. The North West Report which will be published in October also states the need for a regional group of service users and carers.

Q. The resources in Manchester aren’t being adequately used; information about how to access and where these resources are isn’t being communicated. Service users need to have a structure of activities to ensure they don’t end up on a ward full of drugs. The Crisis Resolution is meant to be there to help people in a crisis, but it doesn’t happen, how can this be policed?

A. Manchester spend £27 million over the national average on mental health services. The question is how this money is spent! The report states that the PCT and local authority need to look at what resources are available and use these effectively. Also the introduction of performance indicators will make sure the resources are being used to the extent which they were meant for.

Q. Some patients can’t cope with social inclusion or the fact that they will be made to find employment, how can they be supported when resources are being cut?

A. Services such as Mainway, which provide service users with the support and meet their needs should remain. There should be a whole range of services available which will be able to support services users at all levels.

John stated that it was a credit to the Manchester Users Network, the way that they use there limited resources to hold such meetings as this.

There has been no one to monitor the activity of the Trust, and they have total free rein. Staff don’t recognise they have service users who without them, they wouldn’t have a job. We need to be involved with the Trust training, because at the moment staff are detached, and have no respect for service users.

Q. There is a culture of deception; e.g. if you talk to a nurse about another nurse, you are accused of being paranoid! What can we do about this?

A. This is how professionals deceive users. There needs to be more service user / carer satisfaction in services,. If a service doesn’t score a least 90%, then they are failing. John added that he would also like the staff who don’t get the required satisfaction level being disciplined, and thinks that it would be a good idea for service users to be involved with staff appraisals.

There has been issues regarding getting funding from Adult Social Care for transport, home refurbishment etc. The Manchester User Network held a meeting with Councillor Basil Curley, where many promises were made, but nothing happened. The length of stay on a ward has gone up, because Consultant Psychiatrists(RMOs),who are only authorised to discharged patients, have caused problems when they go on holiday for long periods. Other reasons are caused in Benefits not being provided and unavailability of accommodation being found. Service users are being put into prisons because there are no beds available. When they are  released from prison they find themselves needing an NHS service with the same problems.

John stated that 27% of the mental health budget is spent outside of Manchester due to the bed blocking situation, and the Trust having to pay other Trust’s for to provide services. This issue has been detailed in the report, and the press have received copies of the report.

There is discrimination of service users throughout the Trust, an example of this would be the Manchester Users Network being located in a small office with very limited poor resources.

John informed those at the meeting that Merseycare NHS Trust is currently investing half a million pounds into service user and carer involvement, but there is still some way to go until they have got this right.

Q. Its not just the Trust that discriminates, it also comes from those organisations who say they are there to combat discrimination, what can be done about this?

It was suggested that a number of meetings could be held (North, South and Central) involving users; carers; trusts and organisations. It was stated that these would need to be properly advertised, and transport would need to be provided. John thought that this would me a good method of making service providers accountable.

Alan stated that service users are worried about loosing their benefits when the Employment and Support allowance is introduced and the Mental Health Act 2007 is implemented. A meeting has been held with the Department of work pensions about the new benefits. Manchester City Advice have said they are planning a up-take campaign for benefits and currently reviewing an updated advice booklet on benefits for people with mental health problems in

Manchester. It was also noted that special rates are available if you contact you gas/ electricity / water supplier.

The Joint Commissioning Team will be holding their first Mental Health Stakeholders Engagement Forum on the 3rd September, 10.20 – 2.30 at the mechanics institute.

A meeting with Adrian Galloway and Stuart Long – Crisis Resolution Home Treatment will be held on the 17th September 10.30 at Park House, this an issue which the Manchester Mental Health Watchdog have also been looking into.

The next meeting of the Manchester Mental Health Watchdog will be held on the 2nd September 10.30 – 12.30 at friends Meeting House

Manchester Users Network have now got their own website www.manchesterusersnetwork.org.uk, which includes news, photos etc

John commended the Manchester Users Network for the work they have been doing, and the positive impact which they have made. 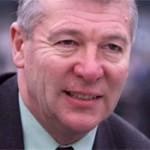