REISSMANN IN COURT TO CLEAR HER NAME

By: Simon Peter In Court

Day One – Sheila Foley on the Stand 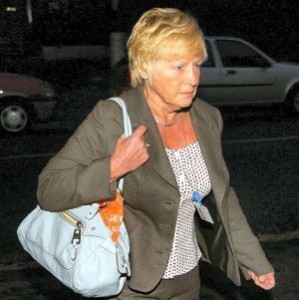 Monday, 26th January, the respondents in the Karen Reissmann tribunal have two witness statements and video evidence of the claimant’s public speeches.

One hour after court had begun Mr Bridge Coles kicked off the core of the proceedings with “Lets get on with the witnesses”, the first witness, Sheila Foley, former Head of Manchester Mental Health and Social Care Trust, was called up at 11:15.

Ms. Foley’s witness statement brought attention to the court at how Karen had spoke with a journalist, Sarah Erving, and published an article with enterprise, later an apology was released.

It was Ms. Foley’s job to improve industrial relations, she stated that Karen Reissmann was a crucial employee and after much deliberation she had a difficult decision to make, the suspension was deemed as a neutral act. As an alternative, several offers were made such as downgrading Karen’s position or transfer. Ms. Foley stated there was no other option but to dismiss her.

The article was released during Karen’s suspension It was this action speaking out to the press, that breached one of the trusts policies, and is the main reason that later lead to her being dismissed, mainly because Karen being under an investigation process. Ms. Foley’s comment’s on this matter is that ‘freedom of speech comes with responsibility’, the article that was published was considered defamatory by Harp and was thinking about seeking legal action.

After Karen’s comments about Harp, the investigation which had not yet been fully completed broke the arranged policies and conditions of her suspension, which were in place to protect employee and employer.

Interestingly the evidence given was a surprise, as the few facts were launched upon the court without prior consultation. The surprising surge of new evidence from the respondents had not been transcribed or presented prior to today’s hearing, January 26th.

Sheila Foleys history also includes being a member of policy advisory committee which dates back to 1984. Ms Foley’s brief also included work on creating a better financial environment within the trust. Ms Foley stated that she works on an ‘open door policy’ but adheres to a personal policy which is not to consider anything unless in writing.

One of the main arguments that the respondents have is that Karen spoke out as a Community Psychiatric Nurse, rather than a unison representative. However it is difficult to determine in what capacity or perspective Karen was speaking from.

Karen’s legal team said that since she is a lead negotiator and a leading member for an anti-privatization campaign team, having ‘change in mind’ for Manchester mental health, it must be quite obvious to assume she was speaking as a unison rep and suggests that she was speaking from a unison perspective. However Karen didn’t directly say the word ‘Unison’.
Sheila Foley’s job was to address all issues, but primarily to implement change, unfortunately lead to the dismissal of Karen who was working towards the same aim as the former CEO Ms. Sheila Foley. This trust did have a bad reputation before Ms Foley arrived, but sadly in this particular case caught between a rock of industrial relations.

But the predominant argument is that Karen spoke out whilst under investigation, which broke an internal code which also included not to ‘influence’ any trust employees, although it does hinder Karen’s ability to fulfil her role as a unison representative.

The judge did interject and said that some of the evidence the claimants were giving was ‘superfluous’, such as Sheila Foley‘s admission that she ‘didn’t know what she was talking about’ whilst at a meeting to assess the seriousness of Karen Reissmann’s article with Elaine Dixon, this meeting lasted for less than an hour, no emails were sent, no letters were wrote, no notes were taken. In terms of enterprise article Ms. Foley hasn’t looked at the website with Karen’s Article.

‘In my opinion it’s from a nurses perspective’