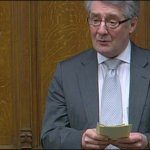 It is a great pleasure to follow Mr Evennett, who takes great pride in his suburb. In the same way, people in Manchester have enormous pride in what our city is all about.

That is why I wanted to raise two important local issues today. First, the Edale unit, which is a secure mental health unit, is currently located in the central Manchester hospital.

Manchester Mental Health and Social Care trust specifically had the unit designed only a few years ago as part of a private finance initiative in that hospital.

The strategic health authority gifted the trust some £16 million for the project, but only four years on, the trust has decided that it wants to abandon the unit and move its facilities elsewhere.

The trust proposes to move the unit to Park House—the site of the North Manchester hospital.

By all accounts, that decision is perplexing. Patients, user groups, families and those involved in mental health delivery tell me that the facilities in Park House are less adequate than those in the Edale unit, particularly because the new facility will have mixed-sex wards and the accommodation will be dormitory-style, with six beds to a unit, and therefore less secure. Because the therapy provision in Park House is worse than that in the Edale unit, those people, who have very serious mental health conditions, will receive inferior treatment.

Three options were examined and appraised before the change was announced, and the move to Park House was judged to be the worst of them. In health terms, therefore, the decision is perplexing, but it might be explicable if it saves the mental health trust £1.7 million a year, as the trust says it will.

Money could drive the trust’s decision because of the cost pressures in the NHS, but the decision is still unacceptable, because although the move saves the mental health trust £1.7 million a year, it will cost the wider NHS economy an extra £1.9 million a year.

The economics therefore do not add up. It might be good for the bookkeeping of the mental health trust, but it is bad for the health economy.

The difficulty I have had throughout the process is that both the mental health trust and the SHA have not been open with the public.

All Members of the House would regard that situation as unacceptable. Bureaucrats cannot hide important decisions behind faceless decision-making processes.

No Member of Parliament would accept that for their community, and I certainly do not accept it for mine. People in my community suffer from extraordinarily high levels of mental illness, and we need the provision of a facility that is in keeping with the very best, and not simply with the second-best, as driven by narrow financial needs.

I have asked to meet the Minister of State, Department of Health, Paul Burstow, and I hope that happens before final decisions are made. However, I want to emphasise that the process has been inadequate and unacceptable to local people. The second issue is on another, very different, NHS facility: the Ancoats walk-in centre.

Hon. Members often use superlatives, but my constituents in that area have some of the worst health of any people anywhere in the country.

The walk-in centre was finally delivered to the Ancoats community when the former Ancoats hospital closed, which was quite a number of years ago now.

There was a commitment to making health provision available for the non-chronic conditions that are so common in such areas.

The health planners now intend to close this facility, thereby breaking the promise made when the Ancoats health facility was closed.

That is unacceptable. I repeat that the people in the Ancoats area have some of the worst health indicators not just in Manchester but across the country.

The proposed relocated unit—in fact, they are closing the unit and claiming it is a relocation—is more than four miles away, which, for people with no access to a car or other private transport, means a journey by public transport or walking.

However, of the three bus services available, one requires an 18-minute walk and the other two require bus changes. For those who need health care they can walk to, which they have come to expect in recent years, the alternative unit simply is not adequate. I appeal to the Minister to tell Health Ministers that bureaucrats cannot do this to communities. Bureaucrats need to answer properly to communities.