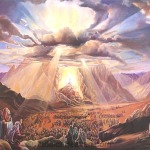 Manchester Users Network would very much like to wish its Jewish members a happy Shavuot. Manchester people who are familiar with the delightful book Almonds and Raisins by Maisie Mosco telling the true story of the Sandberg family. The story is set in North Manchester, and demonstrates how Jewish families within the North Manchester area became known in 1905 for their support of the poor and downtrodden regardless of the persons religious beliefs. Their philosophy was ‘What you receive in kindness you gladly give back, so by allowing for the next person to be able to also partake of human kindnesses.

The beginning of summer might inspire some to join a community garden to provide greenery and produce, particularly in urban communities that lack either or both. If one cannot depend on growing one’s own food, we should be able to partake in, by referrals by a hospital consultant, so allowing our community to receive via agriculture grown by staff and patient cooperatives (CASs). We can engage in any number of activities in a group such as neighborhood clean-ups, advocacy and community organizing, that promote environmental justice. On Shavuot, Jews are reminded that their communal effort to bring healing to the planet and fellow human beings is covenantal work instilled with the spirit of the Divine. The Jewish community of Manchester has a proud tradition of working to support each and everyone. The support given unselfishly and often out of their own pockets by Jewish members of Manchester Users Network, is within keeping of a proud traditions. On behalf of everyone at MUN, we wish a happy Shavuot to each and everyone. ‘Hag Sameach’  Happy Holiday.