Joanna Lumley: I was on the brink of insanity

As an actress she has appeared to take it all in her stride, and in her campaigning for Gurkhas’ rights she showed a notably cool head under fire. But Joanna Lumley’s life was once derailed by a nervous breakdown, she has disclosed.

The suffered panic attacks that brought her to “the brink of utter insanity” and made her believe that assassins were lurking in the audience when she appeared on stage. 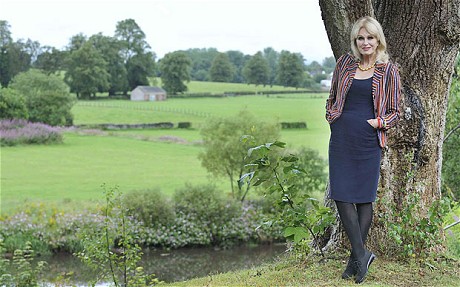 Joanna Lumley’s breakdown occurred in her mid-20s, while she was in a West End play and struggling to raise her young son, Jamie, as a single mother Photo: ROB MCDOUGALL

Lumley relived her darkest moments in a conversation with Lord Bragg, the broadcaster, who has suffered his own mental health problems. Their encounter was filmed for Living The Life, a series on Sky Arts.

The actress’s breakdown occurred in her mid-20s, while she was in a West End play and struggling to raise her young son, Jamie, as a single mother.

Referring to it as “a bit of a wobbler”, she told Bragg: “I was on stage and I began to see people levelling guns at me out of the boxes.

“I’d see the glint of a rifle, I’d see it levelling down and I used to work out how I could throw myself in front of this actor so I could protect them but also bring us both down to the ground.”

She walked out of the play but her condition worsened.

“I couldn’t cross the road, I didn’t dare go into shops, I had to concentrate on breathing in and breathing out. It’s panic attacks and you are on the brink of utter insanity,” she said.

Lumley overcame it through hypnosis and by talking herself through her fears. “I knew I was going to make myself waterproof against it. It would not happen again, not on my watch,” she said.

She believes her breakdown was born of money worries. “It was Marmite on toast for breakfast, lunch, tea and supper,” she said. “There was nothing else to eat, we were so poor. I chopped up towel rails to burn on the fire. I was happy and it didn’t matter but we were skint and I couldn’t see how I would manage to be a good enough parent to my darling boy and how I would actually get through life.”

Bragg has suffered two breakdowns: when he was 13 and after the suicide of his first wife, Lisa Roche, in 1971.

Recalling his schoolboy ordeal, he said: “It started in bed. I had this little bedroom, a bit like a narrow cell, and something that was inside my head left my head and drifted across the room and was in the top right hand corner of the room.

“It was something like a light but I knew that it was me and I didn’t know what this was. I was frozen. It got to be chronic and my school results went plunging and I got really physically frightened.

“And there was absolutely nobody on Earth I could tell, I couldn’t even hint it to anybody because I’m finding it hard enough to talk about now.

Bragg went on to become the president of Mind, the mental health charity, and urged fellow sufferers to take heart.

“I got through it and that is really important to tell people,” he said. “For the last 40 years I’ve felt nervy now and then but nothing’s happened and I’ve done a lot of work and made friends and brought up a family and done this, that and the other. I’ve got through a lot of stuff so you can get through it.”

Copy by: The Telegraph http://www.telegraph.co.uk/news/celebritynews/8842657/Joanna-Lumley-I-was-on-the-brink-of-insanity.html