HRH Hamad bin Isa al-Khalifa is the king of Bahrain, Can He Help The Medics Today ?

Manchester Users Network gave a ‘first outing’ of their new banner and were delighted to stand with representatives of Bahrain’s medics and Manchester’s Bahrain Solidarity Group that includes the Bahrain Association for Freedom and the Manchester based Human Rights organisation  . The MUNREPORTER , spoke with fellow medics who said that some of their colleges at the very large government run  Bahrain Salmaniya Medical Complex’s, Bahrain’s largest public hospital with over   5000 staff employed, had been wrongly convicted and sentanced to periods of imprisonment that were wholly shocking; he said that doctors and nurses had been told that they must not medically treat anyone injured as a result of supporting the recent uprisings, which were in the main against the ruling Royal Family and in particular against King Hamad bin Isa Al Khalifa, who lead a personel attack upon those who have complained against his harsh rule. Here in Britain William Hague has described the sentencing of medics by a Bahraini military tribunal as “disproportionate” and called for their cases to be transferred to the civilian courts. 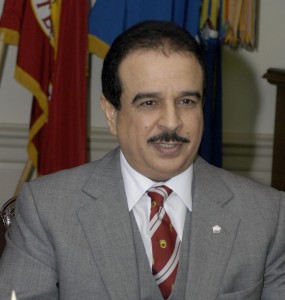 The foreign secretary said the sentences handed out by the special tribunal to doctors who treated injured protesters were “worrying developments that could undermine the Bahraini government’s moves towards dialogue and the reform needed for long-term stability in Bahrain”. A spokeperson for Manchester Users Network said: “Manchester Users Network was recently asked to stand in solidarity with the Bahrain’s medics and Manchester’s Bahrain Solidarity Group that includes the Bahrainis Association for Freedom. We were extremely proud last Friday {25:11:2011} to have the opportunity to support in public and demondstrate our concerns at the treatment of medical staff and patients at the Salmaniya Medical Complex (SMC) Hospital in Bahrain and the subsaquent prison sentances handed out to medical teams staff who carried out their responsiblilty as qualified Doctors and Nurses who are expected to treat patient without predudice and to no harm to their patients. We used the occasion to unfurl our new banner to demontrate and to show our solidarity towards these dedicated medics, who have been made prisoners as a result of carrying out their legal responsibility under agreed international laws.

Rula Al-Saffar, President of Bahrain Nursing Society and still in Bahrain says:  We need you to show your solidarity …to put pressure on the government of Bahrain and the Minister of Health who is also the Minister of Human Rights in Bahrain to release our medics. As Martin Luther King stated, ‘our lives begin to end the day we became silent about things that matter’, it is time to act before it becomes too late.”

The National Executive of the health workers union, UNISON Health, is backing the campaign to drop all charges against the Medics of Bahrain.  This is part of the International Campaign that will be holding a series of actions across the globe on this day.

On October 1 st , 20 medical professionals in Bahrain were imprisoned by a military court for between five to 15 years for attending to people who had been wounded by the regime.  The Kingdom of Bahrain, ruled by the Al Kaleefa Family, has no independent judiciary.

On November 28 TH, following an international campaign, the Bahraini Medics now face a ‘re-trial’ in a ‘civilian court’ in Bahrain.

Karen Reissmann, a Greater Manchester nurse who sits on the National Executive of UNISON, one of Britain’s largest trades unions for health workers that are now supporting the campaign says:  “The medics in Bahrain were right to treat all the protesters with injuries inflicted after they were attacked while campaigned for justice and democracy. Nurses and health workers in Britain, and right across the world, are outraged at these draconian sentences.  All the medics should be released and all the charges dropped.”

A. shaheed Al Markhi, aged 34, who is now based in London having been granted asylum, was working as a specialist nurse at the Salmaniya Medical Complex in Bahrain on 17 th February when the people at the main roundabout in the capital of Bahrain were first attacked by the regime, and again when the roundabout was attacked for the second time on Sunday, 13 March, 2011.  On that day the National Safety Law was announced and the hospital was besieged.

Many casualties arrived at his hospital and he says: “Despite the complicated situation, the medics were able to successfully treat casualties throughout this period. However, they did not assume any political roles. Instead, their roles were completely professional, in that they followed the Hippocratic Oath and treated all members of the society who were injured, without discrimination and sectarianism.”

HRH Hamad bin Isa al-Khalifa is the king of Bahrain, Can He Help The Medics Today ? added by Paul Reed on 28th November 2011
View all posts by Paul Reed →