‘MUN MEETING BRINGS OUT ANGER IN PATIENTS NOT SEEN FOR YEARS AS MUN ISSUE PRESS RELEASE!

Patients are asking “Is Park House like forced imprisonment for voluntary patients?” 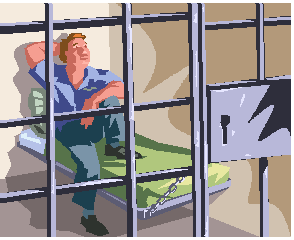 The Chief Executive, Jackie Daniel of Manchester Mental Health & Social Care Trust, has decided to have all locked wards in Park House Hospital for both formal and voluntary patients because  apparently,  it is claimed, to allow the nurses to have more time to do their work! Neither Service Users, nor Carers, or other members of the public were informed of this draconian decision, without planning or telling the patients beforehand. Only after it had been executed, did the Trust wish to discuss the matter with Manchester Users Network. This has been a common practice of the Trust to implement decisions before consulting the Public. For example with the closure of the Edale Unit, the psychiatric hospital at the Manchester Royal Infirmary, the planning was put into effect before consulting Service Users, Carers, MPs, and even the Council’s Scrutiny Committee.

Alan Hartman, who has used mental health services for over 41 years, says that the Trust is going backwards to the dark ages, and he remembers when mental patients were incarcerated in padded cells and put in strait-Jackets. This is a step in that direction and a throw-back to the bestial treatment of those days!

Alan Shatsman, another patient, recalls the time when there were few rights for people like him, when he was admitted as a voluntary patient, but he was not allowed to have a special diet which suited his religious and cultural needs, causing him to shout and he was immediately sectioned, being unable to leave voluntarily, all because the ward was locked.

Because of the curtailing of non-drug therapy services i.e. acupuncture therapy, art therapy, social therapy, industrial therapy and the horticultural centre etc., and patients being confined to a restricted area, there is likely to be an escalation of violence and limited freedom and less safety on the wards.  Consequently drugs are more likely to be used on patients, when other alternative psychological treatments could be used, without resorting to the further abuse of dangerous medication

If Manchester Users’ Network were allowed to be involved in the planning of this important issue, we would have recommended that there should be security checks at the reception where every ward would have a signing in and signing out register, a timetable for each patient, showing where the patients are and what they are doing.

It is essential that patients should have property checks, as this protects both staff and patients from liability. This is not happening! If ever these recommendations were taken seriously, patients would have more liberty, staff would have more time, and visitors would have more convenient access to the patients.

Clearly prisoners in jail, serving their time for criminal convictions, are much better off than innocent service users, using IN-PATIENT SERVICES IN PARK HOUSE HOSPITAL!