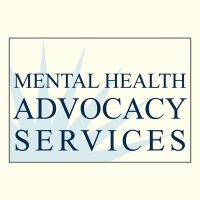 Students who have worked to improve the mental health and well-being of people studying at campuses including Manchester are set to be recognised for their achievements.

Hundreds of students who have participated in the 25by2012 campaign are due to attend a special event celebrating their achievements in Leeds on January 28.

The campaign, which was launched by not-for-profit organisation Mental Wealth UK, aims to make university campuses, healthier, happier places to live and study through student-led advocacy.

The campaign was launched in October last year after a report from the Royal College of Psychiatrists suggested that social changes such as the recession could have an impact on student mental health.

Following its launch, student advocacy groups were formed at universities including St Andrews, Southampton, Swansea, Sunderland, Cardiff, Sheffield, and Manchester, in a bid to tackle the growing issue.

Members of the groups which have made an outstanding contribution to improving mental health and well-being on campus will receive an award at the event sponsored by the Matthew Elvidge Trust, which aims to raise awareness of depression and train people to identify those at risk.

Edward Pinkney, who founded Mental Wealth UK, after launching a student well-being society at the University of Leeds in 2008, said: “More and more students are stepping forward to take leadership roles at their universities.

“The report from the Royal College of Psychiatrists’ highlights the threats to student mental health and well-being, and with university resources stretched, we believe that student-led initiatives are going to play an increasingly important role in tackling these challenges.”

Alongside the student-led groups the campaign has also been supported by Action for Happiness, Young Minds, and the £20m anti-stigma project, Time to Change, as well as dozens of universities.