From America “Don’t Label Me”

Common Mental Disorders May Not Elicit Much Support 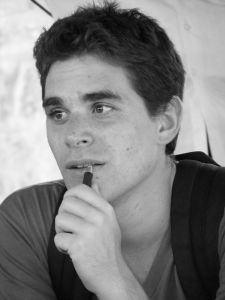 The growing number of psychiatric disorders, and subsequent labels assigned to patients, may make it harder for those patients to get the support they need.

According to a new study, people who show signs of depression and other common mental illnesses are less likely to get a supportive response from friends and family members as are people with other severe mental disorders.

For the study, published in a recent issue of the Journal of Health and Social Behavior, author and sociologist Dr. Brea L. Perry studied interviews conducted with 165 patients with bipolar disorder, schizophrenia, major depression, and other less severe disorders, who were undergoing mental health treatment for the first time.

She found that those with more socially accepted and common mental illnesses, such as depression and mild mood disorders, did not receive strong reactions to their conditions from family members, friends, or others with whom they came in contact. As a result, their support networks may be less willing to take on caregiver responsibilities or to excuse them when their behavior deviates from what is considered normal, she said.

“Perhaps because so many people are diagnosed and subsequently treated successfully, signs of depression do not alarm friends and family members to the same degree as disorders known to severely affect functioning,” she said.

While a common mental illness such as depression is clearly defined by psychiatrists as a legitimate medical condition, Perry said the public does not always deem them as justifiable grounds for taking on a “sick” role.

The study also found that diagnosing someone with a severe mental illness that is more outwardly recognizable, such as schizophrenia or the manic phase of bipolar disorder, can lead to a higher amount of rejection and discrimination by acquaintances and strangers while at the same time creating a stronger social support system among close friends and family.

“Day-to-day emotional and instrumental support is likely to play a critical role in recovery from mental illness,” she added.

One Response to "From America “Don’t Label Me”"