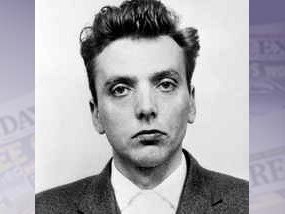 The mother of Ian Brady’s Moors Murder victim Keith Bennett will not attend the killer’s mental health tribunal in Manchester as it will be ‘too traumatic’.

Winnie Johnson, 78, said she had hoped to come face-to-face with Brady last year when a judged ruled his tribunal would not be open to the public.

But Mrs Johnson’s solicitor John Ainley, Senior Partner at North Ainley Halliwell, said she was in hospital and not well enough to attend.

Mr Ainley said: “In any event, it would be too traumatic for her to have any involvement in a hearing that deals with Ian Brady.

“Winnie has made it perfectly clear over the years that she considers Ian Brady should remain in a mental hospital for the remainder of his natural life and not be transferred to a prison either in England or Scotland.

“Presumably, the intention would be to go on hunger strike with a view to ending his own life. She does not consider this should be his prerogative.”

He added: “She has only one question to ask Ian Brady, that is ‘Where is my son Keith?’

“Her one and only desire is to give her son a proper family burial during her lifetime. Nothing short of that will ever give her peace of mind.”

He added that Mrs Johnson been appreciative of all the efforts that have been made to search for her son and the many messages of sympathy and encouragement she has received.