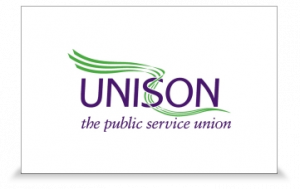 Members of Manchester Mental Health Unison Branch, last weekend ordered its printers to print thousands of pamphlets that are calling upon its members to attend a Public Meeting to discuss with members of the public and their health workers, who have concerns that lives will be lost as a direct result of cuts being made to mental health services in Manchester.

Many services users have welcomed the news that many of  their nursing staff have now given the signal that ‘enough is enough’ and the arguments that says a reduction in staff of 20% could be reached has now been described as  ‘morally repugnant’  for trying to carrying out  highly dangerous cuts after Manchester being named suicide capital of Britain by the Manchester Evening News, who last week  reported on Manchester Users Networks  hosting of a Public Meeting which saw a patient read out a prepared statement which he said had taken him all night to compile, such was the pain of describing his life after becoming ill from  mental health after suffering a motor car accident. Members of the public cried tears as he along with other patients and carer’s described their fears for the future in a city vastly becoming devoid of mental health services. A student doctor who asked that he not be named for fear of reprisals, but who did  show me proof of who he was and his id’s show him based at Manchester University, he said he had concerns that any City which had mental health problems as large and as problematic as Manchester could sustain cuts of 20% was he believed ‘morally repugnant in its planning ‘  as a student based in Manchester and  who himself was  suffering   from a mental  illness which he said, had he known,  that mental health services would  be  cut by 20% it would have factored heavily in his and his family’s decision to  come to study here in Manchester knowing that mental health services were weak and being made weaker is worrying for any user of  health services.

Unison Printed information calling on its member to meet with the public: 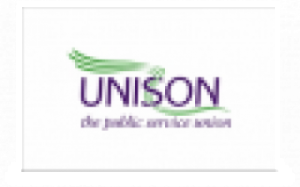 The Community Services review being carried out by the trust involves axing around 40 front line community posts from teams supporting over 3,000 clients and disbanding assertive outreach teams supporting over 300 hard to engage service users. Currently people with critical levels of need are being left without any support.

The Trust’s level of serious incidents and avoidable deaths is extremely high, although the Trust refuses to declare the true figure. Unlike other areas Manchester often has people at risk and sectioned under the mental health act awaiting hospital admission. This is due to the shortage of hospital beds, on which the trust admits to spending the lowest amount in the country. To cut vital community services by 20% knowing this is a public scandal!

Service users affected by the cuts took legal action against the trust for failing in its public duty to involve service users and carer’s and to assess the impact the cuts would have on this vulnerable population. In order to try to avoid a court case tabled for July 17th the Trust has “agreed to reconsider its decision to carry out the community services review” They say they will now properly consult their users and carer’s and carry out an assessment of the impact of these cuts before deciding to go ahead..

This is a victory for those fighting to defend services but we now need to make sure that the trust stop implementing changes and that the decision to make cuts is reversed!

An immediate halt to the cuts to community mental health jobs

All vacancies in teams to be filled

A public investigation into the level of risk and serious incidents

An increase in staff and beds to safe, effective levels

Teams to provide best available practices for all service users

What you can do to prevent these cuts:

Attend union meetings and vote to support the UNISON demands

Write to your councillors and MP