Professor Moty Cristal suing trade union, health trust, after his workshop was cancelled due to his Israeli nationality. 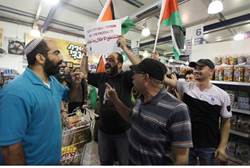 An Israeli academic is suing one of the UK’s largest trade unions, as well as a mental healthtrust, for racial discrimination, after a his speaking engagement he was due to deliver was cancelled because he was Israeli.

Professor Moty Cristal was due to lead a workshop on “conflict resolution” for managers and union officials at the Manchester Mental Health and Social CareTrust last May. But Cristal’s invitation was withdrawn just a fortnight before his presentation, after he received an email informing him that the Unisontrade union opposed his presence as a “prominent Israeli academic”, and that its members were planning to boycott the event in response.

His lawyer, Dinah Rose, has said that his treatment amounts to nothing less than racial discrimination under UK legislation which bans unequal treatment on grounds of nationality.

“He is an Israeli national and of Jewish ethnic origin. This case is very important to Professor Cristal.

Both Unison and the Manchester Mental Health and Social Care Trust deny the charges against them.
In a similar case in Australia, the Shurat HaDin civil rights group is suing an Australian academic for discrimination over his public support for boycotts against Israelis, citing similar laws banning discrimination on the basis of nationality.

Many critics of calls to boycott Israelis have also cited what they say is proof of the anti-Semitic nature of the campaign, given that only Jewish Israelis, and not Arabs, are subject to boycotts by radical groups.