Plea to ‘Free my anorexic girl from mental health ward’

‘Free my anorexic girl from mental health ward’ – The Scotsman 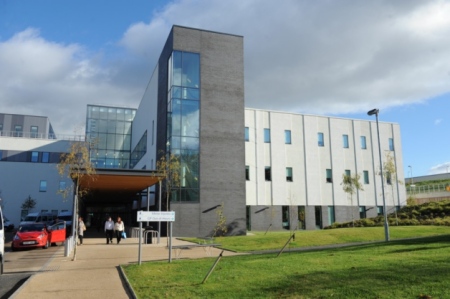 Ms Geddes was diagnosed with anorexia in 2011 and spent five months on the ward for adolescent patients at Stobhill Hospital. Picture: JP

THE parents of a teenager with anorexia have pleaded for their daughter to be freed after she was placed in a mental health  facility by doctors.

Ruth Geddes, 19, and her parents went on the run from their home in Riddrie, Glasgow, on Tuesday to avoid her being taken into care after her GP sectioned her under the Mental Health Act as an emergency, fearing her life was at risk because of her eating disorder.

Brian and Eilleen Geddes said their daughter – who has been sectioned twice before – was not at risk. They said that she had been living in her own flat, holding down a job and that her health had improved.

The parents want their daughter treated as an outpatient, as they fear that being in hospital could be so traumatic it would damage her health, and even put her life at risk.

Mr Geddes, 64, a helper for people with special needs, said: “Until Monday, my daughter was happy at work and eating well. If she goes into hospital, she will die there. She’ll lose her job and her flat and refuse to eat. When she was in last time, she went on hunger strike. They had to feed her with a tube.

“If she was in the situation she was in previously, I’d happily say she can go back to hospital. But she’s doing well and this will ruin her life.

“Our relationship with the NHS has completely broken down. They’re more interested in covering their own backs.”

Ms Geddes was diagnosed with anorexia in 2011, thought to have been triggered when her grandfather died. Having been sectioned, she spent five months on the ward for adolescent patients at Stobhill Hospital. She had a second stay in hospital for three months at the end of 2012.

Ms Geddes said on Tuesday, before being admitted to the mental health facility: “I’m not denying I have an eating disorder. But I’m not insane.

“I’ll die if they put me in a psychiatric hospital. I’ve been sectioned before and every night it gives me nightmares.”

She said during her times in hospital she had witnessed people self-harming and pacing the corridors “shouting at people who aren’t there”.

She added: “I’ve never been this healthy and they want to section me.”

Mr Geddes said he had fought to have her released after she was sectioned the second time, winning two tribunal cases.

On Tuesday, having attempted to avoid handing their daughter over by staying in a hotel, Mr and Mrs Geddes were persuaded to do so after Mr Geddes had returned to their home and seen police officers waiting. Ruth was said to have gone with the officers under her own volition.

NHS Greater Glasgow and Clyde said: “Our staff have spoken to the family and reassured them that, in our view, detaining their daughter is the best course of action for her welfare.

“Our first priority is the physical and mental wellbeing of their daughter and we believe this can only be achieved in hospital at this moment in time.”

The Mental Health (Care and Treatment) (Scotland) Act 2003 sets out the process by which someone can be sectioned.