Tells what’s happening to our NHS & Britain’s Welfare State system. As minimel, services are delivered, by privatised corporations, to those who are deemed worthy.

Told with Mancunian humour you’ll want to give copies out for Christmas presents. 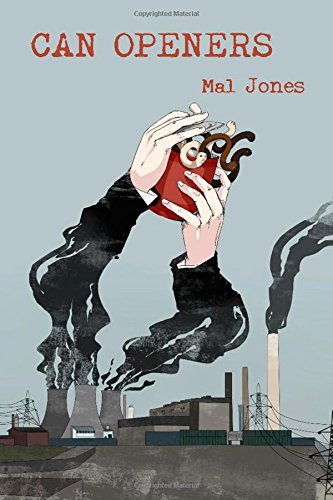 It is this sort of future that provides the backdrop for Mal Jones’ first novel Can Openers. Jones is a social services worker and his vision of the future is clearly informed by what he has experienced in recent years as social services are gutted by funding cuts and staff shortages.

The novel begins with the death of an older woman, whose time in a privatised care home is cut short to save money, and to make sure that the all embracing multinational Dibble Corporation gets the most out of what little money she has left.

But the bulk of the story centres on a group of individuals who are working for, or are under the ever-watchful eye of the Dependency Unit. This body tests, checks and re-tests whether or not the poor are entitled to help. Its teams pry into every aspect of peoples’ lives, to see if they are worthy of some support from the government.

Frederick Smyth heads the local department. He has swallowed every right-wing ideological argument, believing the poor to be lazy, feckless and wasteful. As his staff quiz and examine he is rapidly approaching the magical target figure that will ensure he gets a place on the board of Dibble.

If this dystopian future were all there was, this would be a completely bleak future. But even in this future where privatised police forces have enormous powers, there is hope. The hope lies in resistance, and the best parts of this novel are those when ordinary people discuss how they can fight back. Groups of friends, for instance, who study the law and Dibbles’ procedures to give each other an edge in the face of a system geared towards entrapment. Workers at a local canning plant also owned by Dibble, begin to organise to get a pay increase. They rapidly expose the weaknesses of the multinational and give confidence to workers across the country.

Frederick Smyth himself finds his life falling apart as an apparent bureaucratic mistake can’t be sorted out. As his life unravels, he gets an insight into what his Dependency Unit has been doing to thousands of ordinary people. But there is no easy happy ending here. Jones resists the easy way out and instead puts the solution into the uncertain hands of the struggle by ordinary people to change things. The ending is optimistic rather than settled.

Mal Jones brings these different strands of the plot together in a surprisingly neat way. There is a complex conspiracy and the author handles it well. Readers will want to keep reading though, not just because of the story, but because the world that the author has created is tragically believable. The hope that we can avoid this sort of future and defeat the attacks on our public services lies precisely in the forces that Jones describes finally getting the confidence to confront Dibble Enterprises. It is this that makes this novel worth reading, and we certainly hope the author writes more and soon.

You can buy Can Openers direct from the publishers here.

Mal Jones is part of the Social Work Action Network (SWAN). You can find out about their campaigning work here.

Mal Jones lives in North West England with his partner and cat. He is a social worker for an emergency duty team and is a socialist, political activist, shop steward and supporter of social work action network. Having worked in the public sector for thirty years, Mal has seen many front line workers doing their utmost to offer support and compassion in very difficult times; he is concerned that the welfare budget is being run as a business, where private companies make vast profits from those who are unwell and in acute distress. This novel reflects his fear of what could happen if we do not stand up for the welfare state and where the present policies on austerity could lead. 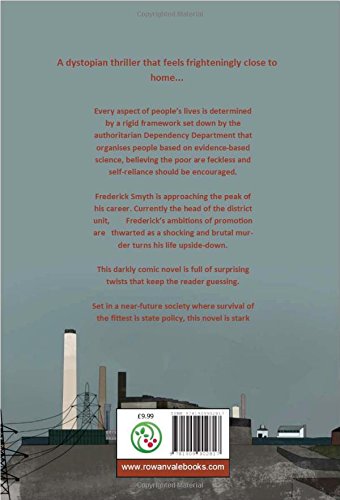 ‘Can Openers’ By: Mel Jones

The Munreporter: ” Jones writes like Orwell  “Don’t be surprised if this is made in to a film”

What the public’s saying:

” I stumbled across this book when I was looking to buy a can opener on amazon and was intrigued by the title so bought it and am really pleased I did. I just loved it. It is extremely well written and I found I could not put it down, The conspiracy was clever and the plot kept me quessing. It reminded me of George Orwell -making you think of all the important issues of today and what may happen in the future told with the humour making it a most enjoyable read. The characters continued to develop throughout giving them depth and authenticity. The end was unexpected and absolutely fantastic. This the most enjoyable book I have read all year.”

If you like ‘The Ragged Trousered Philanthropists’ then this is a book for you.
I was captivated and couldn’t put it down. It follows the fortunes of several different characters (living in a not too distant future) who suffer in different ways under the cruel ‘authoritarian Dependency Department’. It feels a little too close to how things actually are at times – it’s real food for thought.

Send orders to  munreporter@gmail.com including the address where you wish your copy of “Can Opener”  by: Mel Jones to be sent.