Champion of young people’s mental health, who had bone marrow cancer, dies hours after being awarded an MBE
Josh Halliday 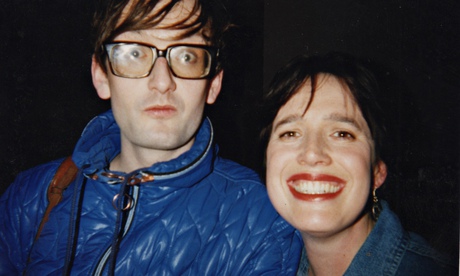 A pioneering mental health worker who inspired Pulp’s hit single Disco 2000 and was awarded an MBE in the New Year honours list has died aged 51.

Deborah Bone had been diagnosed with multiple myeloma, a type of bone marrow cancer, and died on 30 December – hours after receiving an honour for her services to children and young people.

Bone, who lived in Letchworth in Hertfordshire, with her husband and two daughters, developed ways to help young people cope with high stress and anxiety, including a visual resource dubbed Brainbox and the award-winning Bright Stars programme used in primary schools across her home county.

Born in Sheffield, Bone’s mother is close friends with the mother of Pulp frontman Jarvis Cocker – an association that led to her being named inDisco 2000 in the lyric: “Well we were born within one hour of each other. Our mothers said we could be sister and brother. Your name is Deborah. Deborah. It never suited ya.”

Cocker is said to have sung the 1995 hit at Bone’s 50th birthday celebrations last year.

Her death was announced in a post on her blog, My Myeloma Journey, on New Year’s Day by Bone’s husband, Colin, and their daughters, Pollyanna and Jemima. They said: “We are sorry to let you know that after a brave fight, Deborah passed away on December 30th, peacefully at home. She loved life and fought to the end.

“Deborah was a truly inspirational woman, always putting other people before herself. She worked tirelessly to improve the lives of those around her and it is with great pride we can tell you that in the New Year’s honours list 2015 she received an MBE for her services to children’s mental health.

“She leaves behind a loving family – her two beautiful daughters, grandson and husband who all miss her greatly and will continue to follow in her footsteps.

“As a family, we would like to thank you all for the support and kind wishes. We will be creating a book of our Mummy’s life and memories. Please could you share any photographs, notes or thoughts with us so together we can forever honour her memory.”

The family asked for donations to the young people’s mental health charity Young Minds as a tribute to Bone’s life and work.

“Help others with your feedback please leave your comments below!”