Why We Need A New Resolution on Crisis Care

Why We Need A New Resolution on Crisis Care

Lord Victor Adebowale is a cross-bench peer, Chief Executive of Turning Point and Commissioner at the UK Commission for Employment and Skills 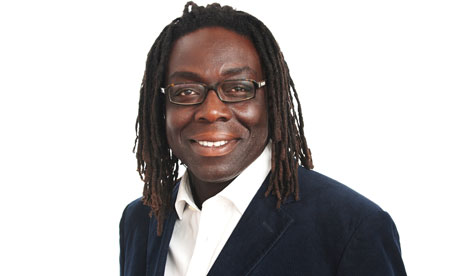 Family tensions, isolation, money worries- these issues always top the festive season ‘stress list’ and cast a shadow over New Year. They can turn what should be a happy time into an ordeal for many, especially those who already have mental health and addiction issues. Throw excessive amounts of alcohol and drugs into the mix and you’re facing a full-blown crisis.

Inevitably, it’s the emergency services and police who are largely left to deal with those who are past their breaking point and in urgent need of help. I’ve seen the challenges NHS staff and police officers face and my heart goes out to them. For the over-stretched A and E staff, it means additional pressure because those in crisis feel they have nowhere else to turn. For officers, it means transporting the vulnerable who are at risk of self-harm or suicide in the back of a police van and placing them in custody.

Only last month, it emerged that 16-year-old girl with mental health issues was held in a police cell for two days because of a lack of mental health beds. In my opinion, this is an appalling situation which should never happen, especially not to someone so young. Home Secretary Theresa May has pledged to strengthen the law in an attempt to ensure this doesn’t happen again, not to a child and only to adults in exceptional circumstances. I agree with her comment that it’s the job of health professionals to provide the proper healthcare and support required. And I also agree with the College of Emergency Medicine which argues that A and E departments are not the place for those suffering a crisis.

However, none of this tackles or solves the fundamental problem which is one of resources. What’s needed is appropriate crisis intervention on two levels. Firstly, we need clinically led, safe services with clear protocols so that people get the support they need as quickly as possible- and helped to recover as soon as they can. What are also needed are crisis houses, places of respite. Turning Point provides a service in Manchester where people who have mental health crises can go for short-term support. Crisis Point helps people get themselves back together as well as developing skills to manage future episodes when they’re pushed to their limits. I believe that every city should have places of sanctuary like these- there’s no excuse not to have them. Excellent care does exist and it can save lives- there just isn’t enough of it.

Of course, the focus should also be on preventing people ending up in a crisis situation in the first place. It’s a question of what happens around primary care- we need support to provide early access so we can identify from an early age those who are at risk. All people in need should have support from primary care services, but there should be a number of access points depending on age.

Schools should be involved too so that teachers can access support for the most vulnerable pupils. The care and adolescent mental health teams should also have a good knowledge of schools in their area and their needs so that services change and flex according to demand.

The thing about Christmas and New Year is this- it’s not a surprise. The festive season comes around every year, yet every year we struggle to provide the help and support needed for all those who find themselves unable to carry on. And it is not just individuals who suffer. The families of those in crisis are also affected and left feeling desperate because they don’t know where to turn. So let’s find long-term solutions so there isn’t a crisis in the first place.