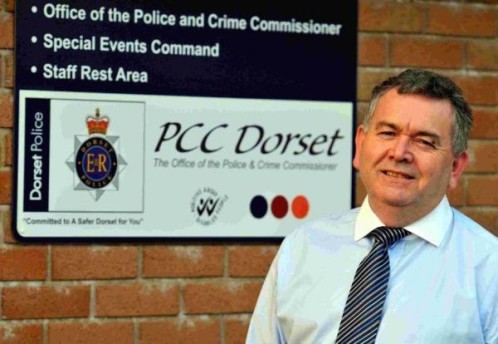 The 12 month scheme which started on Friday 27 June 2014 sees mental health practitioners assisting police officers on patrol on Friday, Saturday and Sunday nights from 7pm to 8.30am.

The aim is to provide police officers attending an incident with background medical information, advice, and if needed a full assessment regarding the mental health of a person.

WATCH A VIDEO OF THE SCHEME HERE:


As part of the street triage service, mental health practitioners from Dorset Healthcare are conducting a telephone triage service to support police officers out on patrol, assisting officers when they are responding to emergency calls and giving advice to staff in police control rooms.

Home Secretary, Theresa May praised the scheme during the Policing and Mental Health Summit at the end of last year.

She said: “PCC, Martyn Underhill has put in place a street triage scheme to help ensure people in a mental health crisis get the support they need. Early findings show street triage pilots are working. The number of people being detained has fallen by 25% across all pilot areas.”

The scheme operates across Dorset and, at the request of the police; the mental health professionals also attend incidents in Bournemouth, Poole and Weymouth conurbations.

The service is available to people of all ages, whether they have learning disabilities, personality disorder, substance misuse, or mental health issues and will also liaise with other agencies for continued support afterwards.

This scheme diverts people away from the Criminal Justice System, when appropriate, and provides access to community-based services thereby ensuring that their health and social care needs are known and provided for by appropriate services.

Dorset Police and Crime Commissioner Martyn Underhill said: “It is crucial that people with mental health problems get the right care in the right place, at the right time. I am delighted that this scheme is reducing the number of people who are detained under Section 136 of the Mental Health Act.

“With the support of health professionals, officers have the assistance they need to treat vulnerable people appropriately in times of crisis. This is a huge step forwards in our partnership work between health services and the police.”

Chief Inspector Sarah Derbyshire, from Dorset Police said: “This is welcome news for Dorset. This scheme ensures the most appropriate care for vulnerable people and also provides proper support for police officers. By working together in this way, we can improve services for people with mental health issues.”