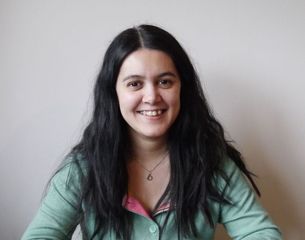 How should the media illustrate mental health?

The question has been raised as campaigners try to reduce the stigma surrounding mental health.

To tackle the issue, Time To Change has launched a new campaign called ‘Get The Picture’.

It is pushing news outlets to avoid using the typical head in the hands photo, dubbed as a ‘headclutcher’, when running mental health stories.

She suffered from depression when she was 14 years old and it has taken her almost 15 years to recover.

Sophia said it is important we normalise mental health: “You always sort of imagine this person curled up in a corner, with their head in their heads, but the truth is mental health just looks normal.

“I think it’s really important to teach people that mental health is all around us.

“It’s not obvious, it can be hidden, but it doesn’t make it any less important.

“By normalising mental health issues, by having pictures in articles that are much easier to relate to, that’s the way we’re going to educate people to understand what it feels like as a sufferer.”

Sophia believes education is key to tackling mental health stigma: “You encounter people who view it as just someone who is feeling a bit sad or woken up on the wrong side of bed, all of the cliché terms.

“It’s sad because it is so much more than that.

“Teaching them what it is, what it feels like to suffer from a mental health problem, in that way you’re going to help them to understand it, and then you can move forward from that.”

Sophia has found writing has helped her recover.

She has written a book called ‘101 Distractions from Depression’ in support of mental health charity Sane.

Click here to find out more about Sophia’s book

The Chief Executive of Guildford mental health charity, Oakleaf Enterprise, tells us there are still big issues around mental health stigma and employment.

Clive Stone says his clients are often worried about what to include in a job application: “There’s a lot of uncertainty about what they should put.

“What is going to be acceptable.

“Are they going to be potentially discriminated against before they’ve even got their foot through the door?

“For employers, again there’s a lot of fear of the unknown and what is it going to be like employing that person.”

Clive believes employers should be more flexible in who they hire: “It’s not necessarily just the employer, it’s other employees as well, do we need to provide education for them to help them understand?

“I believe there is still a barrier and I think there’s a lot of good work being done, but it’s just going to take time.”

Time To Change now has a wide range of images available for the media to use alongside mental health stories.

They want editors to have a choice of realistic and relevant photos to bring reports about mental health to life.