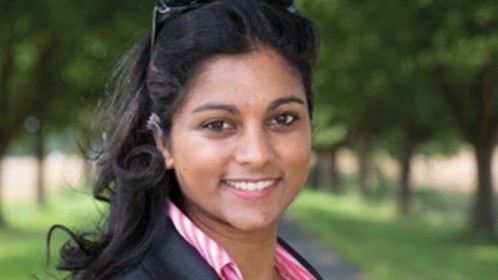 People with health or other issues that make communication difficult should wear wristbands or carry ID, a parliamentary candidate has said.

Cambridge Conservative Chamali Fernando said the choice of carrying a card or wearing a more visible indicator should be a matter of choice.

Barrister Ms Fernando said she had defended people with autism or other conditions who had faced problems.

“Police, social services or hospitals dealing with people with conditions that affect their ability to communicate can decide they are being obstructive or evasive,” she said.

“They do not realise the person may have a mental health or other condition. The way they behave often affects the way they are treated.

“Carrying some kind of identification shows they have a particular condition so allowances can be made.

“There are also different ways of doing this without stigmatising the person, such as carrying a card with details of the condition but in some cases by wearing a coloured wristband.”

Julian Huppert, standing as Lib Dem candidate for Cambridge, tweeted: “I think it was a spur of the moment thing rather than a prepared policy.”

Rupert Read from the Green Party and Daniel Zeichner from the Labour Party were also present at the NHS debate.

The National Autistic Society said some people with autism like the security of carrying information about their condition to share with the police or transport officials, if they get into any difficulty and are having trouble communicating.