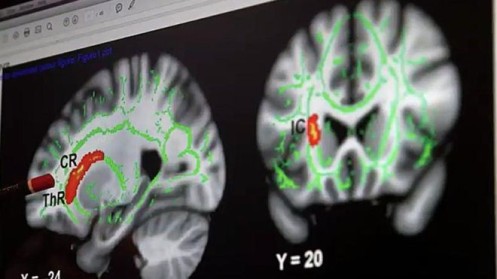 There has been immense concern in recent years over the scale of child sexual abuse. But even after years of study and investigation there’s still disagreement over what causes paedophiles to be the way they are, writes Richard Sanders.

“People, they think ‘why should we help the paedophile? We should be prosecuting them, throwing them in jail, having them castrated’. But if we offer help to paedophiles we might save children who might have been abused.”

These were the remarkable words of Paul Jones, father of April Jones who was abducted and murdered by a paedophile in October 2012. There was evidence that Mark Bridger had been looking at child pornography online in the hours leading to her abduction.

Now Paul and his wife Coral are campaigning for better understanding of child sex abuse – including offering help to paedophiles to prevent them from offending. For them this is key to protecting children from harm.

Dr James Cantor, of the Centre for Addiction and Mental Health in Toronto, Canada, spends much of his time exploring the brains of paedophiles using MRI scans. He has reached a startling and controversial conclusion.

Cantor found that the brains of the paedophiles he studied were wired differently to non-paedophiles – something he describes as effectively a “cross-wiring” of the brain. “It’s as if, in these people, when they perceive a child, it’s triggering the sexual instincts instead of triggering the nurturing instincts,” he says.

He also says that convicted paedophiles are three times more likely to be left-handed or ambidextrous than the rest of the population – and that they are significantly shorter than other convicted criminals. It must be stressed that doesn’t mean short and left-handed people are significantly more likely to be paedophiles, but these are characteristics that are generally determined during the first trimester of pregnancy – suggesting paedophilia could be determined at the same time, Cantor says. A possible cause may be maternal stress or malnourishment. 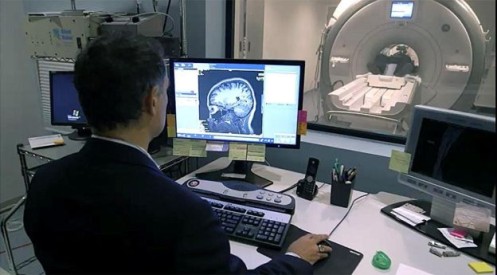 “The more we can zero in on exactly what’s going on and when it’s happening, the greater chance of being able to prevent it from developing in the first place,” says Cantor.

But his theory diverges markedly from the other explanations of why paedophilia exists. A nature/nurture debate is raging fiercely among experts in the field of child sexual abuse.

For a long time the dominant thesis was what Duncan Craig of Survivors Manchester – a charity for male survivors of abuse – calls the Vampire Syndrome. Craig defines this as “the idea [that] if you’d been bitten by a vampire you’ll go on to become a vampire. If you’ve been abused you will go on to become an abuser.”

The Truth About Child Sex Abuse, presented by Tanya Byron and Tazeen Ahmad, is broadcast on Tuesday 24 November on BBC Two at 22:00 GMT – watch on BBC iPlayer. The programme covers a range of subjects including the personal stories of victims, how police are tackling the offenders and what government and charities are doing to help.

Many people who work with survivors of abuse are fiercely hostile to this idea, believing it stigmatises those who have experienced the horror of child sexual abuse.

“I do find this really sad. It stops men from being fathers,” says Craig. “The amount of times I’ve sat with a client who has broken down into tears and talked about not being able to change a baby’s nappy. Not because he thinks he’s going to do something but because the myth is out there.”

Cantor’s work provides an alternative explanation of how paedophilia develops. However, it carries with it the stark implication that, if you are born a paedophile, you are condemned to stay a paedophile.

This is strongly disputed by many, including Dr Paul Fedoroff, director of the Sexual Behaviours Clinic at the Royal Ottawa Mental Health Centre.

Fedoroff maintains he is able to “cure” paedophiles, making use of anti-androgen drugs to temporarily remove their sex drive.

“We take sex off the table,” Fedoroff says. “We give them a chance then to develop healthy lifestyles.” Those being treated are able to get a job and hopefully build up a consensual relationship with an adult “that’s not primarily based on sex”.

“Once they’re in that situation… then we stop the anti-androgens and their sex drive comes back. And it turns out that if it develops into a normal healthy relationship, they start to have sexual activities with their partner which they both enjoy. Their preference changes to adult.”

The debate is complicated by the fact that not all child abusers are regarded as paedophiles in the traditional psychiatric use of the term.

Many are what are termed “hebephiles”. Where paedophiles are defined by a persistent attraction to pre-pubescent children, hebephiles have a very specific attraction to pubescent children, aged roughly 11-14. The character Humbert Humbert in Vladimir Nabokov’s novel Lolita is perhaps the most famous example of this type of child abuser. Cantor says the brains of such people differ from the rest of the population in the same way as paedophiles – but to a lesser degree.

It’s believed that many more people have desires that they don’t act on. “There are some concerning studies… that would suggest that maybe 10, [or] 12% of the adult population of the UK have occasional if not frequent sexual thoughts involving teenage children,” says Donald Findlater of the Lucy Faithfull Foundation, one of Britain’s leading experts on child sex abusers.

“But they manage those thoughts, they don’t act on them, and they put them where they belong. But for the sex offender they persuade themselves that this behaviour is OK or they’re in a situation where they don’t care.”

Abusers frequently have adult relationships alongside abusive relationships with children. Those with a sexual interest in teenagers more often abuse girls whereas paedophiles, clinically defined, tend to have a higher proportion of boys among their victims, says Findlay. 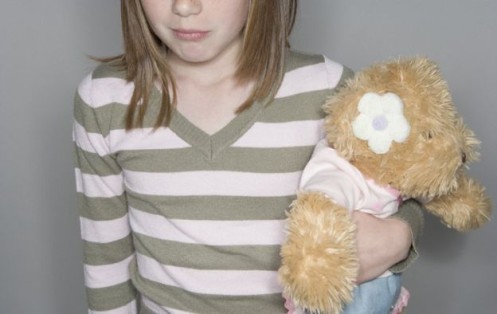 The Children’s Commissioner analysed 50,000 cases that came to the attention of police, social services and voluntary organisations in England between April 2012 and March 2014:

In addition, 750 adult survivors of abuse in or around the family were surveyed:

To add to the complexity, about a third of those who offend against children are other children or young people under the age of 18. Kevin Gallagher runs an intervention centre for such offenders in Wales and stresses that they must be viewed very differently from adult offenders. With this group, he insists, nurture rather than nature is the key factor.

“Our young people will have been through very difficult and traumatic early childhood experiences,” says Gallagher. “We’re talking about neglect, trauma, attachment difficulties, poor parenting experiences that sometimes will have included sexual abuse in their own histories.

“The vast majority of young people of whichever age who engage in maladaptive sexual behaviour with other children will grow out of that or, with the right sort of support and intervention, are able to understand where that’s come from, deal with victim work and move on from these incidents.”

Abuse in and around the family 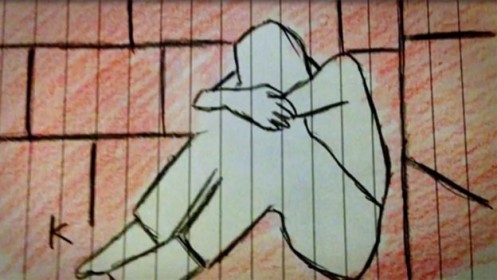 Breakdown of abusers (In England between April 2012 and March 2014)

Of the 45 boys who have been through Gallagher’s intervention centre, not one has re-offended. With adult offenders, on the other hand, core sexual desires appear to be harder to alter.

When we interviewed one of Fedoroff’s patients, a man who had previously served time in prison for abusing his daughters, he confessed he still had sexual thoughts about his victims.

“For the paedophile,” says Findlater, “what hope they have of shifting that arousal [is] relatively small.”

He runs a helpline called Stop It Now! It attempts to reach out to men wrestling with sexual thoughts about children.

Findlay’s focus is on helping men control their sexual desires, rather than curing them. “Our strategy is about self-management,” he says. “We need to help them manage that arousal… to make sure it’s kept under control.” The men are given strategies as to how they achieve that in the absence of an intimate relationship with anybody else.

There are a number of adult men who acknowledge they are paedophiles but insist they do not abuse children, or view indecent images.

Chris – not his real name – is one such man. He has undergone intensive therapy. “For me, it was learning the difference between want and need,” he says. “We all experience urges to do things, but it is just an urge, it doesn’t mean that you have to do something. And just as you can make the choice to act on that feeling, you can just as easily make the choice not to.”

Chris provides his own fascinating insight on the nature/nurture debate. “I think that my sexuality is who I am, it’s what I was born with and that’s my nature. The way I act and my moral feeling that to act on that sexual impulse is wrong and to harm a child is wrong is down to the fact that I was brought up with a very clear moral compass, a very clear idea of what is right and wrong.”

Findlater fiercely defends the use of public funds to help men like Chris not be a danger to children. “My primary concern,” he says, “is in protecting children and if we start from that premise – what’s the best to protect children – then we have to extend services that would help sex offenders not be dangerous to children tomorrow.”

More from the Magazine 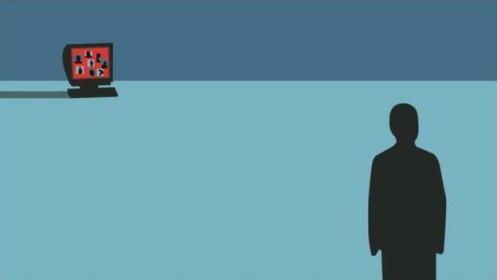 Subscribe to the BBC News Magazine’s email newsletter to get articles sent to your inbox.

Survivors Manchester  Survivors Manchester is a survivor-led/survivor-run voluntary organisation that aims to create and facilitate a safe space for male survivors of sexual abuse and rape to work through personal and sometimes painful issues. Our work is concentrated on empowering men to make their own positive life choices and begin their own unique journey of healing. Being in contact with other survivors allows one to feel less isolated; feel connected and break the silence and legacy of abuse. – See more at: http://www.survivorsmanchester.org.uk/about-us/#sthash.yobHcMrk.dpuf