Syria action must be matched with mental health funding for veterans, charity warns 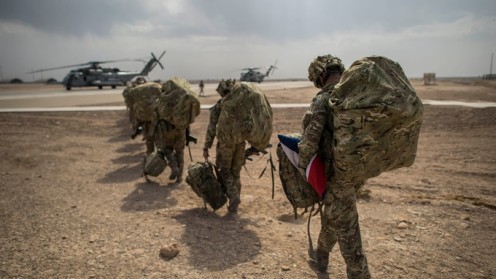 Combat Stress warn that it is struggling to cope with the increase in demand from veterans, particularly those who served in Afghanistan and Iraq. Credit: PA

Military action in Syria must be matched with urgent additional funding to support veterans suffering with mental health problems, a charity has said.

Combat Stress said it is struggling to cope with an unprecedented increase in demand from ex servicemen and women needing needing treatment for post-traumatic stress disorder (PTSD), anxiety and depression.

As RAF air strikes are launched in Syria, Combat Stress has warned that it might not be able to afford to support veterans in the future.

The charity is taking a seven-figure sum from its reserves to keep its services running, including three rehabilitation centres.

It is currently treating the highest number of patients since its launch in 1918, many of them veterans who served in Afghanistan or Iraq.

Combat Stress said 20% of servicemen and women suffer with mental health problems and 4% are diagnosed with PTSD.

“Following a decade of military action in Iraq and Afghanistan, we are now struggling to cope with the thousands of veterans seeking our specialist mental health services.

It is vital we have the resources available to make sure everyone who needs specialist support has timely access.

With MPs supporting further military action, we urgently need the financial resources to ensure our unique service continues to help the thousands of brave veterans who deserve the very best treatment.”