Homelessness has soared since 2010

Sleeping rough is never easy but at Christmas it’s particularly hard. The hoards of shoppers, the lights, and the carols, only serve to remind those who won’t be celebrating with loved ones, just what they’re missing.

Christmas can also be a time when conflict between homeless people increases. Feelings of loneliness and isolation are heightened and tensions can easily rise. “It’s always a struggle for survival out there but at Christmas it’s even worse,” Ryan McPhee, who set up the Ark homeless camp in Manchester, says.

“I was homeless last Christmas and I would rather have been in jail than on the streets, it was horrible, lonely and cold.”

McPhee recently started staying in somebody’s spare room. It has no furniture or flooring but he was determined to make a go of it. However, last week, the day before his benefits were due to be paid, he was told he was being sanctioned for not returning a medical assessment form which he says he never received. It means he will be without any money over Christmas and could risk losing his new accommodation.

“I don’t know what’s going to happen. For now I’ve got a roof over my head but I will be spending Christmas day alone again this year anyway because the guy who I’m staying with is away for a few days.” 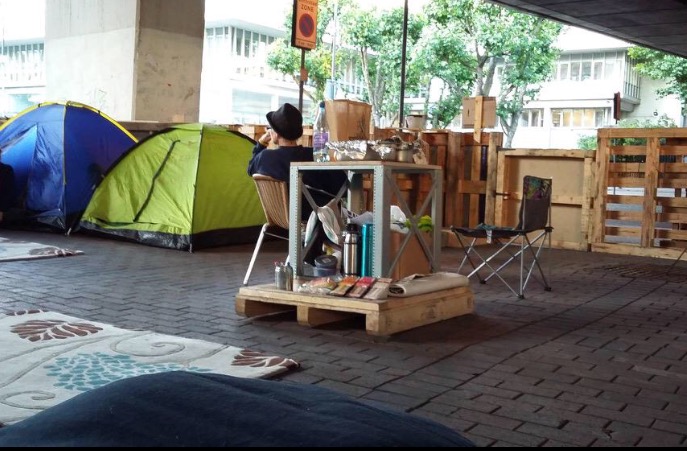 McPhee is not the only homeless person who will spend the day without family or friends. A survey by the charity Crisis, of more than 500 people in homeless day centres across the country, found that one-in-four will spend Christmas alone and highlighted how many feel ashamed and invisible at this time of year. This is what some of the people who took part in the survey said:

“Everyone is with their families and all the shops are shut…and it’s quite lonely if you’re just sitting alone, and that can bring on depression and ‘oh what’s the point?’ and everybody else is happy and I’m just sitting here…” Fiona.

“You do get lonely, it is hard, you do wish like there would be someone to be there just to talk to me, even for five minutes…” Paul.

“At Christmas time, they [others] are preparing the table and enjoying the Christmas moment…[it makes me feel] I want a family.” Kris. 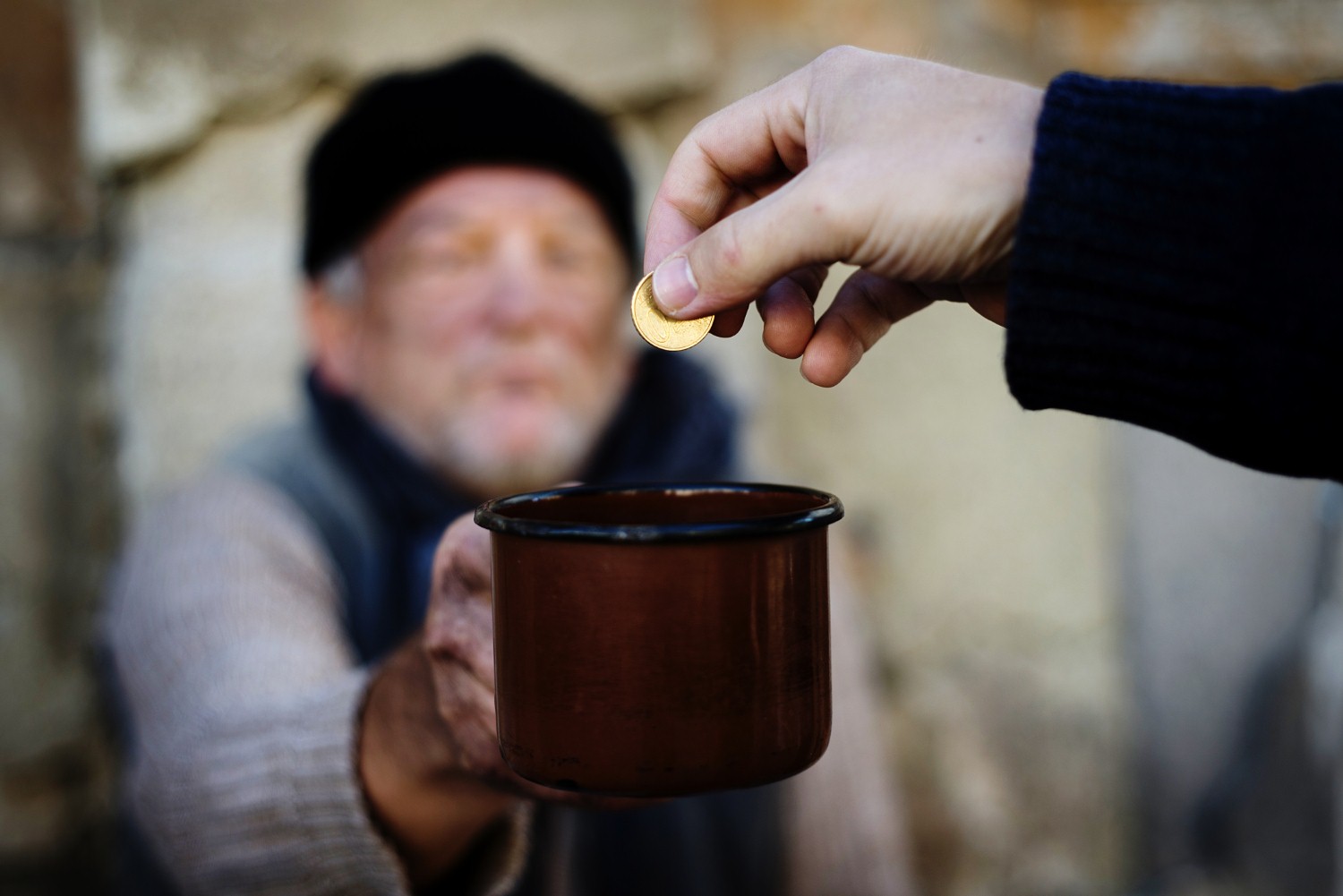 This year, Crisis is expecting to welcome around 4,000 homeless people to its Christmas centres, which offer shelter, food, companionship and access to vital services. The chief executive, Jon Sparkes, says that although Christmas is often the hardest time of year for homeless people, it’s important that the right help and support is available throughout the year. “We already know that homeless people are over nine times more likely to commit suicide, and there can be little doubt that loneliness plays a major part in that tragedy,” he says.

“We also run year-round services to help homeless people rebuild their confidence and self-esteem. Yet it would be far better if nobody ever had to be homeless in the first place. Sadly, homeless people who go to their councils for help are often turned away with little or nothing at all. That’s why we urgently need a change in the law so that everyone can get the help they need, and we urge the public to back our campaign.”

Homelessness in England has soared by around 40% since 2010. Politics.co.uk reported recently on the return of cardboard cities and local authorities’ attempts to hide the problem from sight. Labour have picked up on the issue and this week accused the prime minister of presiding over a “crisis” in homelessness. 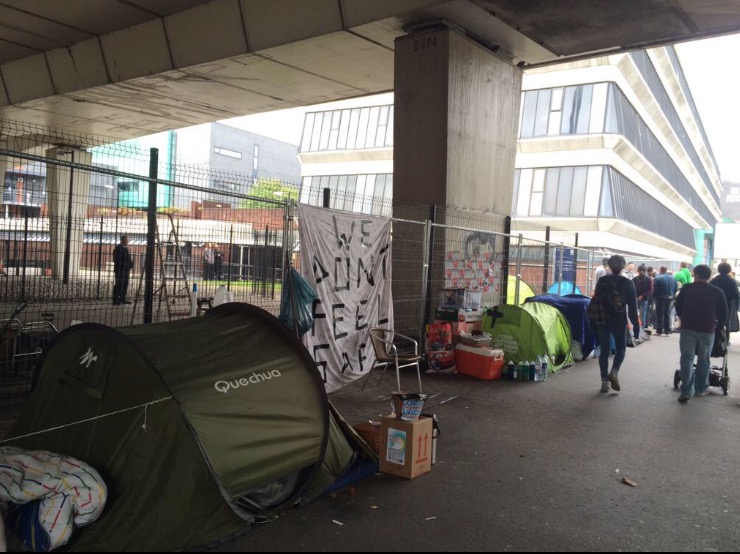 The Christmas of 2010 is one that Andreana Sutherland will never forget. After problems with her landlord and a personal struggle with untreated mental health issues, she found herself living on the streets with her dog. She says the festive period is bitter sweet for many homeless people because, although charities and volunteers work hard to offer extra support, rough-sleepers know things will revert to normal in January.

“You come together with other people for a Christmas dinner and you try to raise a smile but all you really have in common is that you’re all homeless but that’s not an identity,” she says.

“It’s a welcome break from the daily grind but you are still carrying around a huge sadness and if anything that gets bigger over Christmas.”

One night shortly after that Christmas, with snow on the ground, an outreach worker from the St Mungo’s Broadway homeless charity met Sutherland and managed to get her the support she needed to move into a women’s hostel. She says it was life changing and she now lives in her own flat and is working as an illustrator. 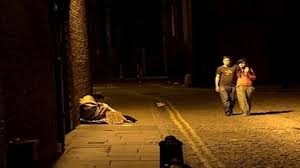 Both Sutherland and McPhee speak about the voluntary work they have been involved with to help other homeless people. As the face of the homeless camp in Manchester, McPhee now regularly receives calls from people with offers of donations. He was due to go out yesterday to hand some of them out to rough-sleepers in the city. Sutherland has worked with an organisation which helps vulnerable and isolated people.

With homelessness on the rise, there will be hundreds of people across the UK spending Christmas on the streets this week. For them, even if they are lucky enough to receive the right support and housing they need at a later date, the trauma of sleeping rough will be felt for years to come.

“Back then, I never imagined I would have a life like I have today. Things are good now,” Sutherland says. “But once you’ve been homeless it never really leaves you.”