Luke Loy had a life, until his benefits started falling away

The DWP placed sanctions on a schizophrenic man when he fell into difficulties. It was an aggressive and destructive way to treat someone so vulnerable 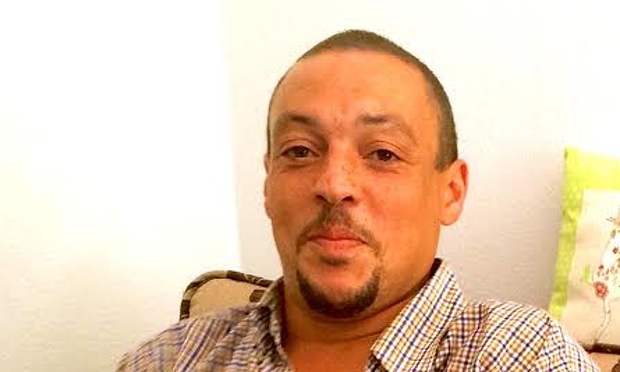 ‘Luke [got caught in a] familiar spiral: pushed off sickness benefits and unable to cope with the requirements of the jobcentre, he had his jobseeker’s allowance taken away.’ Photograph: Natalie Jeffers

Luke Alexander Loy was not one of George Osborne’s “hard-working people”. The 42-year-old had schizophrenia and was unable to work (or “do the right thing”, as David Cameron now ominously terms being employed . But Luke’s story – his life – is one worth talking about.

Luke lived with his mother in their two-bed council house in Birmingham and had built a stable rhythm: carving wood sculptures as art therapy in their front room, going for walks five times a day, and shopping for his elderly neighbours.

But when his mother died of cancer, Luke found his housing benefit cut: the bedroom tax meant that from 2013 his late mother’s bedroom was classed as “spare”. A year later, another piece of support was pulled from him: Luke had been receiving incapacity benefit for over 20 years, but after a work capability assessment (WCA) in late 2014, he was declared “fit for work”.

What came next for Luke is a now familiar spiral: pushed off sickness benefits and unable to cope with the requirements of the jobcentre, he had his jobseeker’s allowance taken away. His housing benefit and council tax support were also cut. His debts started to mount and he began to struggle to feed himself. Three months later – on 29 May 2015 – when Luke failed to respond to his family’s calls, police officers broke into his house and found him dead on his bedroom floor. An inquest returned an open verdict.

I spoke to Luke’s sister, Natalie Jeffers, last month; not long after the latest Department of Work and Pensions figures showed benefit sanctions against people with mental health problems have risen by 600% over the past four years 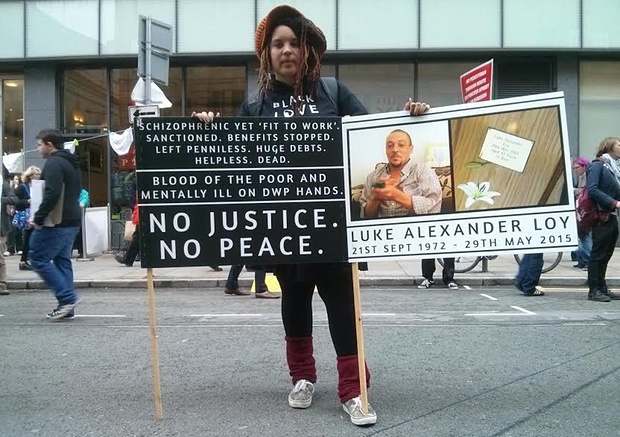 Listen to Natalie describe her brother’s interactions with the DWP and it is not difficult to understand how that rise has come about.

“The JSA system required things like writing a CV, but Luke had never used a computer,” she says. “He didn’t have the internet at home and he didn’t like to be in strange or unknown places for too long. An internet cafe was intimidating to Luke.”

Her brother found the jobcentre very stressful, Natalie says, and he became withdrawn and scared. “Luke had been out of work for over 20 years, but jobcentre procedures weren’t tailored to his specific needs,” she says. “To sanction him when he fell into difficulties … that was such an aggressive and destructive way to treat someone with a mental illness.”

“Fit for work” tests and the sanction regime are – on paper – entirely separate systems. In reality, to fall victim to one often means falling victim to the other: the work capability assessment is in itself thought to damage mental health, while the sanction regime then punishes people with mental health problems for being too ill to do what the JSA system demands of them.

When Luke’s family discovered he’d been sanctioned, they helped him to appeal and the DWP eventually reinstated Luke’s JSA – just before he died. By then, Natalie says, “the damage to his health and wellbeing had been done”.

This week, the thinktank Civitas warned that the DWP should ease benefit sanction rules and give vulnerable claimants a grace period during times of “acute difficulty”. As it stands, the report found, sanctions are being applied on a “scale unknown since the second world war”. The DWP, however, refuses to examinehow benefit sanctions are damaging recipients’ mental health.

Under austerity, Britain’s welfare state appears to be sliding into survival of the fittest, where perversely those most in need of security are the first to be pushed over the edge.

“Instead of creating compassion, they’re creating a culture of fear and pointing the finger of blame at the most vulnerable people in our society,” Natalie says. “Shame on them.”