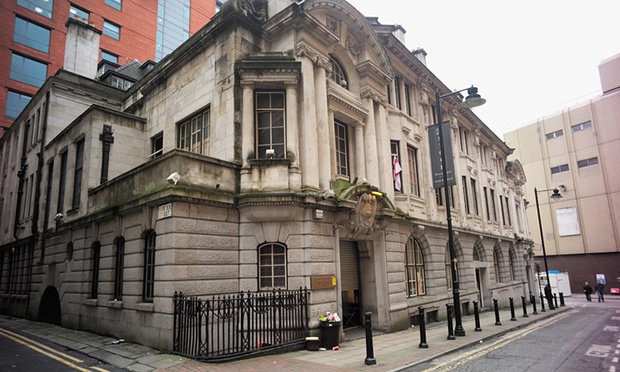 It is estimated Neville spent up to £150,000 on keeping the project going during the winter months. Photograph: Christopher Furlong/Getty Images

The former Manchester United star Gary Neville closed the doors of his hotel to homeless people, after allowing them to stay there rent-free with a package of support for more than three months.

The building in the centre of Manchester, which is to undergo extensive renovations before opening its doors to paying guests, was occupied in October by a group of squatters and housing activists called the Manchester Angels.

Instead of the response of other property owners – rushing to court to obtain an order to get the uninvited residents evicted – Neville and business partner Ryan Giggs told them they could stay, not just for a few days, but throughout the coldest months of winter. “From my point of view, I’m quite relaxed about this,” Neville told an activist, Wesley Hall, at the time. He added that for the past 10 years he had offered support to homeless people he had seen on the street while walking through Manchester.

The homeless residents promised to keep the building clean and tidy and not to cause any damage to fixtures and fittings. In return Neville ensured that his unexpected guests were kept safe in his building.

He put in security and management teams at his own expense and provided regular meals from his Hotel Football to the new residents. It is estimated that he has spent up to £150,000 on keeping the project going during the winter months. Meanwhile, Manchester city council contracted the housing organisation Riverside to work with people in the building. 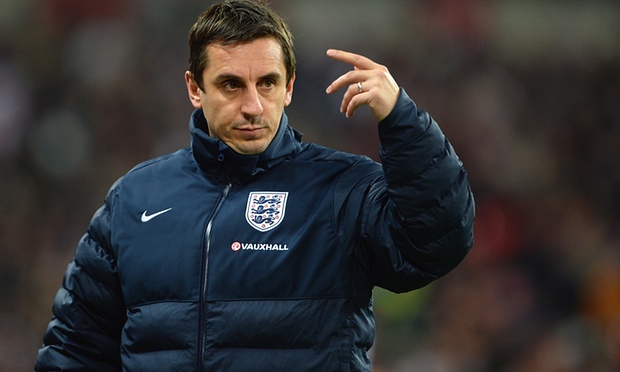 Gary Neville was applauded for his attitude to the homeless, in contrast to many property owners who run to the courts. Photograph: Michael Regan/The FA/Getty Images

Nathan Newman, who volunteered at the project, said: “That first night when all the homeless people in Manchester heard that Gary Neville was opening up his hotel to them every single person’s face changed from miserable and downcast to pure elation. They knew that someone cared enough about them to do a thing like this and that meant a lot to them. There was a real surge of energy and optimism.”

There were many tearful scenes on Thursday as the arrangement finally came to an end to allow major building work on the 23,000sq ft former stock exchange to begin. Those leaving with their small bags of belongings, hugged the security staff and promised to keep in touch. Many were effusive in their praise for Neville but many were uncertain about what will happen to them next.

Ash, an Iranian asylum seeker, was one of the first ones to enter the building and one of the last to leave. He said he had no accommodation to move on to. “I have been getting panicked in the last couple of days about what is going to happen to me now. I have been able to sleep safely for the last three months because the security people are here.

“When you are sleeping rough every noise scares you and wakes you up. I got into a routine of waking up every morning, going down to the kitchen for breakfast and having a chat with the security people. It was like living in a big family. I’m really going to miss all that. But I have some really good people in my life now that weren’t there before, like Rob, the head of security. He used to buy us all coffee and cake every day. The stock exchange has been a lucky place for me.”

The project has not been without its problems.There has been a considerable turnover of homeless people with some leaving and new ones arriving. At its height there were around 40 homeless people staying there. In the early days there was a lot of idealism and optimism.

The fact that a wealthy football star and businessman had done something like this inspired many of the homeless people to dream that their miserable circumstances could change forever. But some complained that they were given inadequate support to help them tackle their many and complex problems including drug addiction and mental health problems.

Wesley Dove, another of the residents leaving on Thursday, said he was committed to supporting other homeless people and was keen to try to get a new model established to help homeless people where they can access everything under one roof – accommodation, food, support, counselling, treatment for addiction and other healthcare.

Dove praised Neville for opening up his hotel to homeless people but said he was concerned that as a result homelessness had become temporarily less visible and so people had forgotten about what a major problem it is. “The council opened up two night shelters but they will close in March. So many people will just be back on the streets. Some new squats have opened up in the city centre but they are dangerous places. The hostels are not good places.

“They can charge a higher rate of housing benefit because there is supposed to be support in there but we often don’t get any. And we have to leave by 7.30am every morning and go back onto the streets. We need some real solutions to homelessness. If anyone would like to help set something up with all the services under one roof please get in touch with me.”

The activists say that homelessness in Manchester has risen by 150% in recent years. According to the latest statistics published by Crisis,280,000 people in England approached councils last year seeking assistance, while 7,581 slept rough on the streets of London, a 16% increase on the previous year. The latest figures released by the Empty Homes Agency says that there are currently 610,000 empty homes across the country.