Plans to slash benefits for disabled people by £1,500 a year defeated in Lords

Plans by the Government to slash benefits for disabled people by £1,500 a year in order to "incentivise" them into work have been defeated in the Lords. 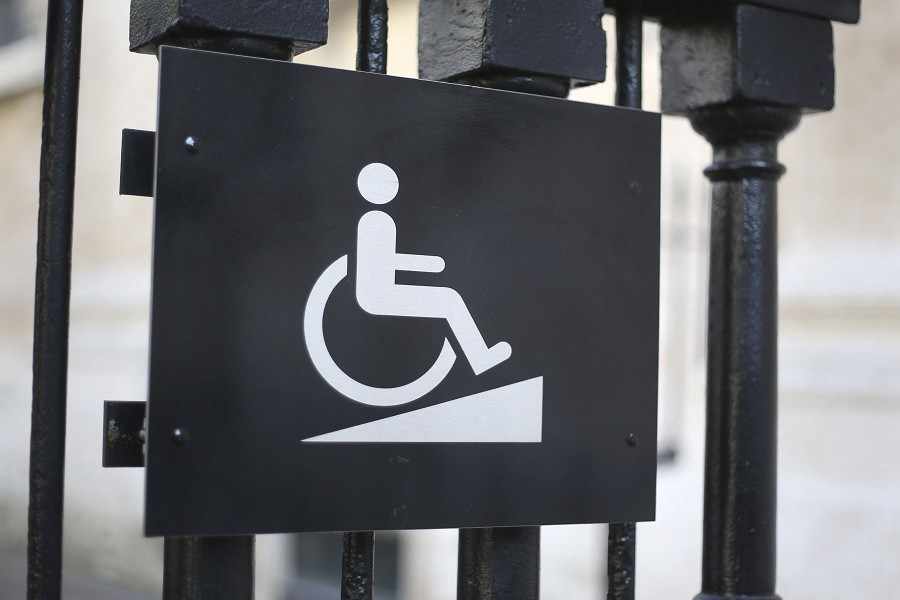 Peers voted by 283 to 198, a majority of 85, to strike out a clause of the Welfare Reform and Work Bill which would have cut the Employment Support Allowance for people in the Work Related Activity Group by £30 a week for new claimants from next year.

Opposition peers said the reduction would have caused hardship for substantial numbers of disabled people, while Tory former health secretary Lord Lansley insisted the cut would effectively act as “a kind of economic law of gravity”.

As peers debated the issue, crossbencher Lord Low of Dalston warned the proposed reduction from £103 to £73 a week would have a “catastrophic” impact on disabled people and increase poverty levels.

“It will exacerbate poverty among the disabled – a third of working age disabled adults live in poverty already compared with only a fifth of those who are not disabled.

“The Government’s proposals would push many further towards, or actually into, poverty.

“The proposals would cause unnecessary hardship and anxiety to people who have been independently assessed as unfit for work, and the measures are likely to have a disproportionately adverse impact on disabled people.

“ESA is the main benefit for people who are unable to work because of illness or disability. In November 2014, nearly half the 490,000 ESA claimants placed in the WRAG were suffering from mental and behavioural conditions.

“The number of ESA claimants in the WRAG is expected to increase to 537,000 by 2020. These are very considerable numbers of disabled people who are going to be adversely affected by these changes if they go through.

“These measures are all about making savings for the Treasury and have nothing to do with the interests of disabled people,” Lord Low said.

Lord Lansley defended the changes, insisting they would encourage people with a capability to work to find employment.

“The bigger the gap between income in work and income through benefits, the greater the likelihood for people seeking work and finding it.

“It is effectively a kind of economic law of gravity. We should be assisting people into work,” the Tory peer said.

Lib Dem Baroness Manzoor said the cuts would hit people “when they are at their most vulnerable, when they are sick and ill”.

“These are people with mental health problems which include over 50% of people in this group. People with disabilities, and people with progressive diseases such as MS, Parkinson’s, and people who may be undergoing cancer treatments,” the Lib Dem peer said.

Work and Pensions Minister Lord Freud said the measure would save £640 million in the longer term.

Lord Freud said it would save some £55 million in its first year of operation, but the Government would spend £60 million during the same period to help disabled people into work.

“ESA was set up by a previous government to support people with health conditions and disabilities into work but it has unfortunately failed the very people it was designed to help.

“Despite spending £2.7 billion this year on WRAG, currently only 1% of people in this group actually move off the benefit every month.

“As a Government, we want to ensure that we spend money responsibly in a a way that improves individuals life chances and helps them achieve their ambitions, rather than paying for a lifetime wasted on benefits.” the minister said.

Earlier, the Lords heard that women fleeing domestic violence should be exempted from the two child limit on universal credit.

The Bishop of Portsmouth insisted he did not want to challenge the thrust of Government policy aimed at making parents consider the financial implications of having more children, but said it needed to be flexible.

The Rt Rev Christopher Foster said exemptions should also be made for parents bereaved of their partners, where a child is disabled, where children are in kinship care, or fostered, or adopted, or where re-partnering has resulted in a household with more than two children.

“The threat and danger of domestic violence is not chosen or sought. To penalise children taken out of a dangerous situation cannot be right.

“No parent, either, plans for a disabled child. Yet we know that the impact on previously planned patterns of work and child care can be hugely significant,” the Bishop said as the Lords debated the report stage of the Welfare Reform and Work Bill.

The bishop also warned that the Bill could discourage marriage.

“Two single-parent families with two children each will potentially receive benefit for all four children. Should the parents make a commitment to form one family they will be eligible for benefit for only two of the children.

“The policy driving this Bill is intended to change behaviour. I fear that, perversely, the result of these provisions at present is to discourage the formation of committed relationships and families which are good for children,” the bishop said.

Labour’s Baroness Sherlock said the policy would not hit workless families with lots of children as they would already be impacted by the benefits cap, but instead make life harder for working families with three or more children whose circumstances may have changed.

Lady Sherlock warned that an additional child may have been the result of rape which a woman felt unable to report to the police due to domestic circumstances, and questioned how this would be accounted for by the legislation.

Lord Freud said that new exemptions would be made for kinship carers.

Parents adopting sibling groups which increase the number of children in the family unit above two will also be exempt from the financial penalty, the peer said.

The minister said that support for disabled children would still continue in the benefits system.

Lord Freud said any exemptions for bereaved parents, or parents fleeing domestic violence, would treat those parents more favourably than others, but the issues involved would continue to be consulted on.

The minister said the issue of parents re-partnering and forming larger families was complicated as exemptions for such units could be “manipulated” by “families breaking-up and reforming”.

Lord Freud said exemptions for such new partnerships would be unfair on families with more than two children who did stay together.

A Lib Dem attempt to repeal reductions in in-work benefits across a range of universal credit claimants was rejected by the upper house.

Lib Dems insisted the move was necessary as the changes would leave low income families £1,000 a year worse.

Lady Manzoor said the reforms of universal credit amounted to the same attack on low income households proposed in the £4.4 billion tax credit cuts withdrawn by the Government after resistance in the upper house.

The Lib Dem peer also warned the changes amounted to a “love tax” which would penalise lone parents who find a new partner.

“The cut will effect those who have been migrated into universal credit and see a change in their circumstances, and this is where one of the nastiest points of policy arises.

“A change of circumstances can mean a change in the household make-up, including a new partner.

“So that means that a single parent who finds a new partner and decides to become a two parent family will lose a notional entitlement of around £1,000 in their benefit.

“It amounts, essentially, to what can only be described as penalty on love – a love tax,” Lady Manzoor said.

Lord Freud insisted the changes to universal credit were not comparable with the proposed reductions in tax credits.

Lord Freud announced the Government was bringing in a one-year exemption for the proposed 1% rent cut for supported accommodation, such as domestic violence and homeless shelters, while a review of the situation was carried out.

The move came after opposition peers warned the rent cut could see the closure of some units due to a fall in funding.