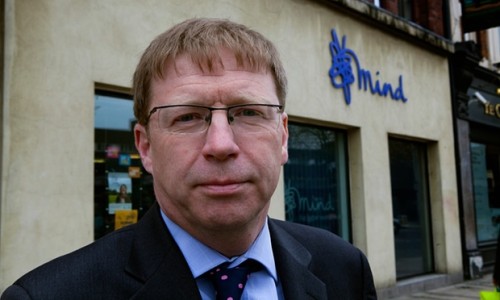 “It is so important that people can get the help they need within their own communities. When you are at your lowest ebb, feeling scared, vulnerable and alone, your family and friends form a vital support network that is really important to recovery. Local commissioners and providers must make sure that sufficient beds are available to meet demand.”

Stephen Dalton, chief executive of the Mental Health Network, the organisation for service providers, said: “Government rhetoric about prioritising mental health does not match the reality of shrinking funding and hardworking staff struggling to cope with growing public need.”

Lack of funding for some mental health services in England was putting vulnerable people, including children, at risk.

“The report rightly says this is not just about beds but is about understanding why people are admitted and why it can be difficult to discharge some people.” Dalton said. “The real answer is to ensure people can get care when and where they need it most.”

Luciana Berger MP, the shadow minister for mental health, said: “The commission rightly highlights staffing shortages, unacceptably long waits for care and the unacceptable practice of sending very ill patients hundreds of miles just to get a bed – something which has significantly increased on this government’s watch.

“Ministers must now respond to the robust recommendations set out by the commission and bring forward the urgent action needed to tackle these serious problems.”

Alistair Burt, minister for mental health, said: “It’s vital that people get the mental health care they need as quickly and as close to home as possible.

“Last year, I asked NHS England to reduce unnecessary out of area treatments, and eliminate their inappropriate use. We agree that there should be standards for what people can expect from mental health treatment, and when. NHS England and others will be working on this over the coming months.”

David Cameron has pledged increased mental funding totalling £1bn from different sources over a number of years and NHS England is expected to publish a report on improvements that are needed next week. Total spending on all adult mental health services in England in 2011-12 was £6.6bn, according to Crisp’s report.

This article was amended on 9 February 2016 to remove the headline reference to the UK. The inquiry was into services in England.