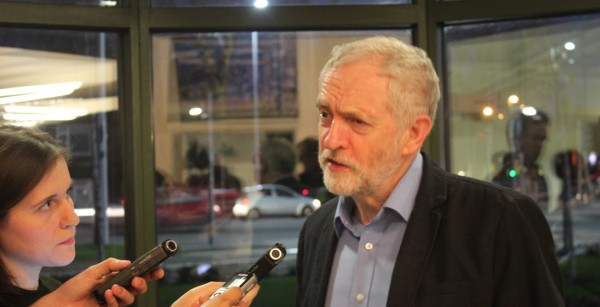 Addressing a rally at parliament he spoke at length about what he saw as the unique challenges of being a student with a mental health condition, calling for lecturers and university staff to do more for students coping with mental health problems.

He advised: “Invest the money now, give the young people the support they need, they benefit, we as a society benefit.”

He also discussed difficulty he saw in: “saying to their peers [as a student] that they suffer with depression” and challenged universities to make their services more discreet.

He went on to address the growing crisis in mental health treatment; castigating those he saw as ignoring a crisis and arguing that: “down the line, it becomes worse and gets more expensive. We need to work with young people to stop mental health problems ever taking root.”

“The number of students seeking mental health support services is up by 132 percent.”

Corbyn joined those criticising the media for ignoring the issue: “Have you read all that on the front pages of our national newspapers…where it should be heard all the time?”

“Only a quarter of the children who experience mental illness get the help that they need. In the UK, 60,000 people take their own lives and of those a third have mental health problems. The number of lives lost is rising.”

NUS Vice-President Welfare Shelly Asquith stated: “The number of students seeking mental health support services is up by 132 percent – services that are in many places undergoing cuts.”

A recent study by the NUS found that 78% of students have experienced some form of mental health issue in the last year. 54% of these chose not to seek help, with around two thirds of those who chose not to admitting “they were unsure how.”

It can be argued that this lack of direction is particularly difficult for those who wish to be discreet as they may struggle to find services at all.

There is speculation about why mental health issues are so prevalent at university. Despite the constant presence of people university can be very isolating, students are often far from home and their support networks, an issue compounded by the immense stress of both deadlines and balancing budgets.

The University of Nottingham offers several services designed to help students experiencing difficulties regarding mental health. However, speaking to students Impact found that they can be often understaffed and inefficient.