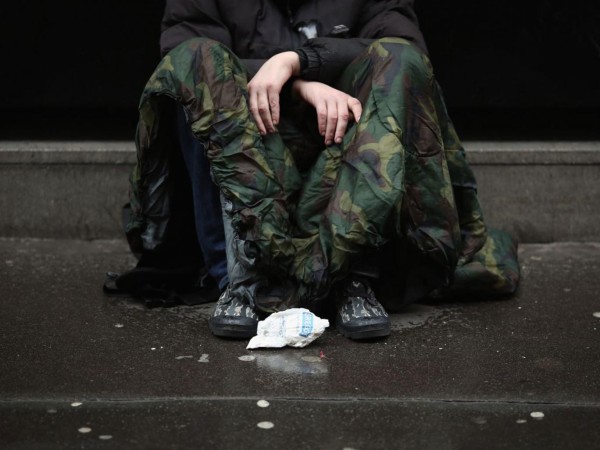 The number of people with mental health problems sleeping on the street is rising, extensive new research by a homelessness charity suggests.

St Mungo’s surveyed professionals working with homeless people across the country and found that 62 had seen a significant increase in people with mental health problems sleeping rough in their area.

Figures gathered through assessments in London also show the number of rough sleepers with an identified mental health problem has more than tripled over the previous parliament – from 711 in 2009-10 to 2,342 in 2014-15

While the total number of rough sleepers has risen in England in recent years, the increase in the number of people with mental health problems on the streets has outpaced other groups.

St Mungo’s found that in 2014-15, 17 out of the 25 people recorded sleeping in London, who had their needs assessed, and who died during that year, suffered from mental health problems.

In October the Government launched a national campaign to end the stigma of mental health problems but the policy came amid a backdrop of sharp cuts to mental health services, with £35 million cut in 2014.

Research by the charity Mind has also found that sanctions in the Government’s welfare programmes were making mental health problems worse.

Howard Sinclair, chief executive of St Mungo’s, has written to the Prime Minister asking him to roll out a national rough-sleeping strategy that includes mental health assessments and professional support.

“Few would disagree that it’s nothing short of a scandal that people with mental health problems are sleeping rough. Not only that, but this incredibly vulnerable group are more likely to remain in dangerous and unhealthy situations for longer,” he said.

“The very real concern is both the shocking, unprecedented rise in people who are sleeping rough, and evidence that more of this group are struggling with poor mental health.”

Marcus Jones, homelessness minister at the Department for Communities and Local Government, said the Government had protected funding to help with the issue.

“No one should ever have to sleep rough, which is why we have increased central funding to tackle homelessness over the next four years to £139 million.

“We have protected homelessness prevention funding and expect local authorities to provide quality advice and assistance to all those that approach them for help.

“Many rough sleepers have complex needs that include mental health difficulties or addiction, and we are developing a £5 million social impact bond that will help entrenched rough sleepers move off the streets.”