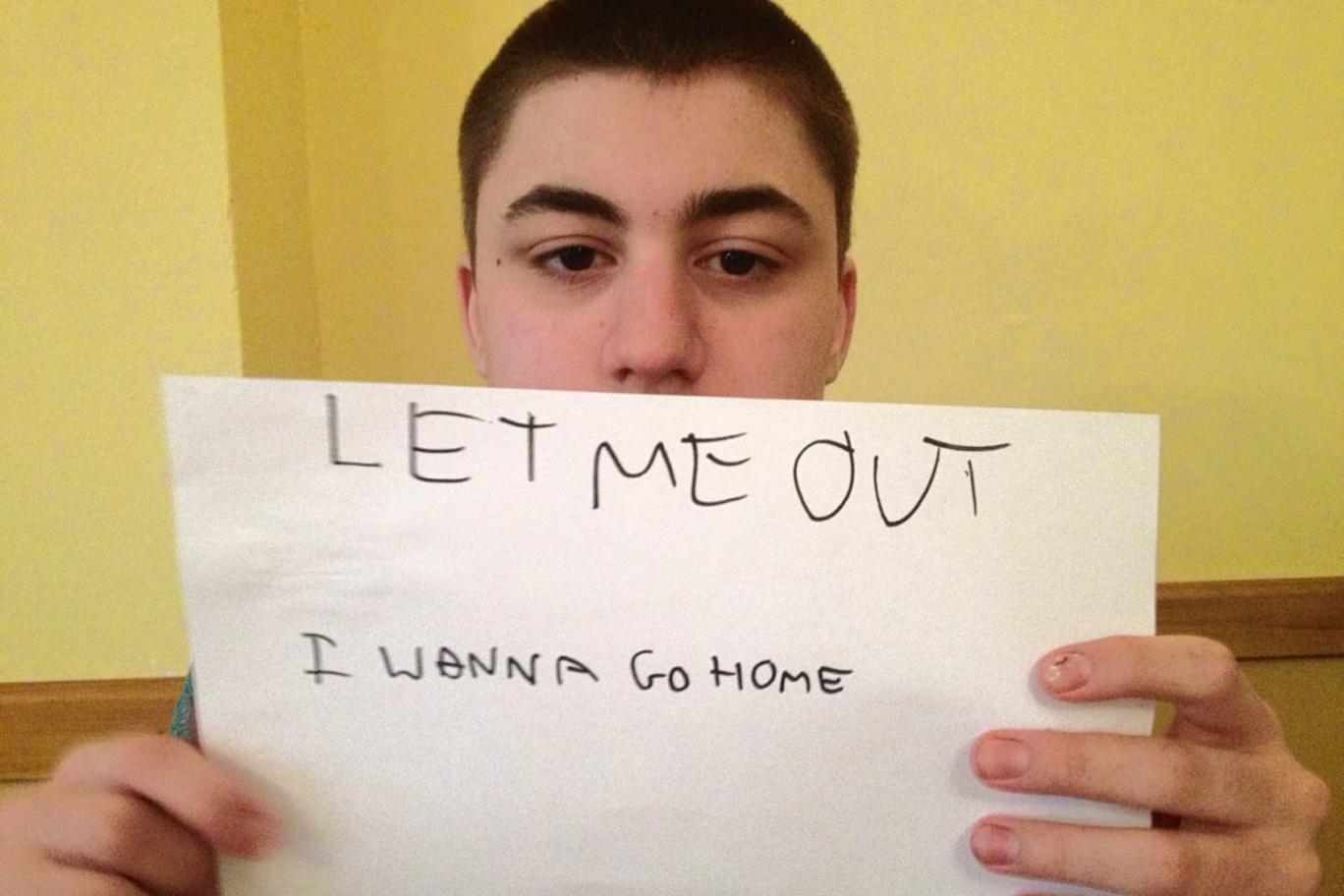 Protest: Matthew Garnett, 15, on the psychiatric ward in an image online calling for him to be moved to a specialist unit.

TV presenter Tanya Byron is among thousands of people supporting a family’s fight to secure the right care for their autistic teenage son.

Matthew has spent six months on a locked psychiatric ward because of a lack of specialist support elsewhere. More than 20,000 people have signed a petition launched by his parents Robin and Isabelle.

The couple from West Dulwich, who face a  70-mile, four-hour round trip to visit their son, want the NHS to transfer him to a specialist autism unit for assessment and treatment. Their #makeroomformatthew campaign highlights the lack of specialist support for people with autism as well as learning disabilities.

Matthew has been detained under the Mental Health Act at the Cygnet Hospital Woking in Surrey since September. The Psychiatric Intensive Care Unit is the equivalent of an A&E but for people with mental illness. 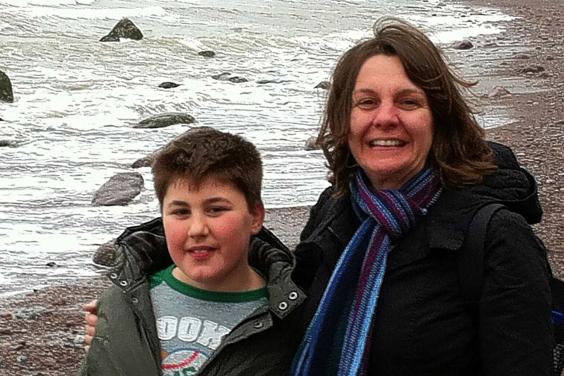 Matthew Garnett, 15, with his mother Isabella, of West Dulwich

Mr Garnett claimed his son had deteriorated “on all fronts” since being admitted, and thinks he is in prison. He said: “Matthew’s chances of recovery are diminishing every day that the NHS fails to provide him with the appropriate assessment, treatment and care he urgently needs.

“If our son was detained in a random A&E department miles away from his home for six months, refused assessment, treatment and care then it would be seen as totally unacceptable, an outrage, a scandal. Yet because our son has autism, learning difficulties and severe mental health problems nobody thinks this is outrageous.”

Matthew suffers from ADHD, anxiety and other mental health issues. The NHS has promised him a bed at a specialist autism unit but there is no room at present.

Five young patients at the unit are ready to leave but have nowhere else to go.

Professor Byron, a consultant in child and adolescent health, wrote on the Garnetts’ online petition: “We wouldn’t treat children and young people with physical illnesses this way so why those who have mental health difficulties? This must change.” The family’s MP Helen Hayes also backs their campaign.

A spokesman for Cygnet Healthcare, which runs the hospital, said it would not be appropriate to comment on an individual case because of its duty to respect patient confidentiality. The spokesman added: “Our primary purpose is to assist individuals with crisis support, stabilising them ahead of admission to a clinical mental health treatment and support service. Where a placement at a specialist service is not immediately available, a clinical decision is taken which may decide the most appropriate alternative is for the individual to remain in our care until a space does become available.”