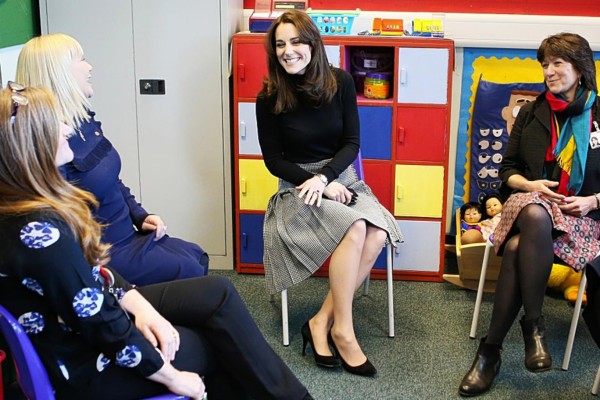 Eight years ago, when I became leader of the Liberal Democrats, I used one of my first opportunities at Prime Minister’s Questions to ask Gordon Brown about mental health services. The House of Commons chamber, usually a hostile wall of sound, became quiet. Afterwards, a number of MPs told me I was “brave” to raise the issue.

We have come a long way in the few short years since then. It is no longer considered “brave” for a politician to talk about mental health. Indeed, there has been an unusual outbreak of consensus among the main parties that it should be treated as a priority.

Celebrity advocates such as Stephen Fry and Alastair Campbell have brought the issue into people’s living rooms. Charities such as Mind, Rethink and Place2Be — championed by the Duchess of Cambridge — have campaigned tirelessly to put the issue on the national agenda.

Even the Bank of England, as I discovered during a recent visit to Threadneedle Street, has set up a Mental Health Network to raise awareness among its staff and make sure they know what support is available to them. If such a venerable institution can take mental health seriously, then there is no excuse for any other employer not to do the same.

So there’s been real progress — especially in tackling the silent stigma that used to shroud mental health. But this is no time for complacency. The stigma still exists — with devastating consequences.

A few years ago, I met a man called Robert at a mental health trust in Liverpool. He was in his sixties, well-dressed and with a neatly trimmed moustache that gave him something of the air of a Fifties provincial bank manager — not the image you normally associate with severe mental illness. He told me that a few years earlier he had been in hospital with a heart condition and, while he was there, he had been visited regularly by friends and family, sometimes three or four times a day. This outpouring of love was a great tonic for him as he recovered. But he was hospitalised on another occasion — this time for a mental health condition. During the five months he languished in hospital he was visited just three times. The contrast speaks volumes.

One in four of you reading this will, according to the statistics, have a mental health problem this year, as will three children in every school class. One in six young people aged between 16 and 24 will have a common disorder such as anxiety and depression.

In the last government, I worked with my Lib-Dem colleagues Paul Burstow and Norman Lamb to lift mental health from the obscurity it traditionally enjoyed in Whitehall to one of the  Government’s top health priorities. We introduced the first waiting times for mental health treatments; made sure that it was finally given the same legal status as physical health; and provided hundreds of millions of pounds for talking therapies and children’s mental health services.

But that was only a start. Mental health has been overlooked and underfunded for so long. It will take a sustained effort to give it the proper support it so badly needs. While it’s great that we all talk more about mental health, especially in the media and politics, it is high time good words are turned into good deeds.

In particular, there are three areas we need to change as fast as we can.

The first is the way it is funded. Part of the reason that there have been cuts in mental health services despite the renewed focus from government is down to an important, if technical, discrepancy in the way they are paid for. A hospital, for example, is paid by activity: each procedure has a price attached to it and the more it performs the more money it gets. Mental health trusts, on the other hand, usually get a block grant. So when demand goes up, the money stays the same.

Worse still, because it is one big wodge of money, it is easier for those in charge to slice a bit off the top when asked to make savings. Mental health trusts should, as a matter of urgency, be given the same funding formula as other NHS trusts.

The second is the training given to teachers and GPs. Extraordinarily, neither are trained to spot and respond to mental health problems as part of their qualifications. Everyone knows that the pressures which can trigger underlying mental health illness may lie in the home, or the classroom, or come about because of changes to a person’s benefits or a lack of housing. It is crucial that people who look after people’s wider welfare — teachers and GPs especially — should be given the training to act and refer someone to a specialist before things get worse.

The third is to do with our poor record at spreading best practice. As a nation, we’re great at coming up with small-scale innovations and then failing to adopt them across the country.

Last week I visited a team of clinicians at the Tavistock and Portman mental health trust at St Leonard’s hospital in Hackney. It does something that makes obvious sense: it places mental health specialists in GP surgeries around the borough. I also visited a charity called Youth Net/Get Connected near Baker Street, which runs digital and call centre services to help vulnerable under-25s. Its model is extremely effective, reaching 1.7 million young people last year. This isn’t rocket science — using GP surgeries and the internet to the full is just common sense. Yet neither project has been copied in a big way elsewhere.

We’ve turned a page when it comes to talking about mental health. The stifling silence which used to surround the subject has been broken. The hopes raised must now be met with action not just words. So let’s start by changing the funding model, giving proper training for teachers and GPs, and getting brilliant local initiatives rolled out far more widely. Then we will have turned the page for good.