Following training early in April, 100 Peer Educators will start running "Think Resilient" sessions for girls aged seven to 25 in guiding groups across the UK, including for Brownies, the youngest group. 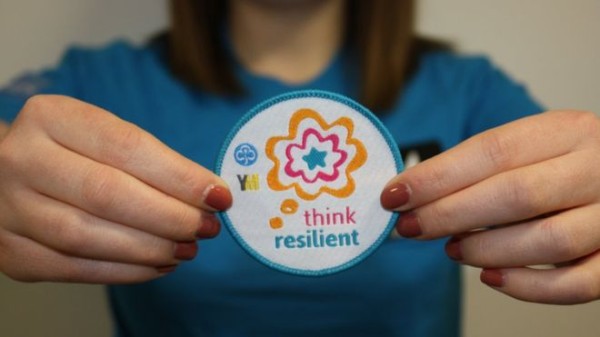 Girl Guides across the UK will be able to take a new badge in mental well-being and resilience from early April.

The badge, “Think Resilient”, follows research showing nearly half of young women aged 17 to 21 in the UK have needed help with a mental health issue.

Guides themselves helped design the programme which will be delivered by young women.

“I’m really proud of this of new Girlguiding resource and my part in developing it,” said Zoe Dowler, 24.

Zoe is one of Girlguiding’s Peer Educators who are aged 14 to 26 and already run badges on healthy relationships, body confidence, alcohol, smoking, drugs and sex.

Following training early in April, 100 Peer Educators will start running “Think Resilient” sessions for girls aged seven to 25 in guiding groups across the UK, including for Brownies, the youngest group.

“I know low mental well-being is a major issue affecting the daily lives and ambitions of lots of young women my age,” said Ms Dowler.

She said she hoped the badge would give girls positive and practical solutions and “a safe space to share what’s on their mind”.

The new badge is launched amid increasing concern about the mental health of children and young people.

Last August a Children’s Society report found children in England were among the unhappiest in the world. 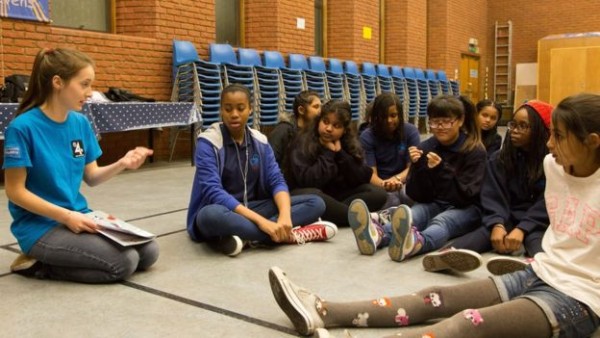 The new badge, developed in conjunction with the Young Minds mental health charity, aims to give girls “a vital space to talk about their mental well-being and resilience”.

It was created following requests from guides themselves who said they wanted to break down stigma surrounding mental health “and promote open and supportive conversations”, says Girlguiding UK.

The girls will learn self-calming techniques in sessions tailored to different age groups.

The kit includes imaginary “agony-aunt” letters to which the guides are encouraged to respond, encouraging the ability to break problems down into small, solvable steps.

“Girlguiding listens to girls and we’ve created this inspiring new resource as a direct response to what girls told us they need,” said Chief Guide Gill Slocombe.

“Peer to peer is a really powerful way to educate… and help girls and young women build their emotional strength and resilience”, said Ms Brennan.