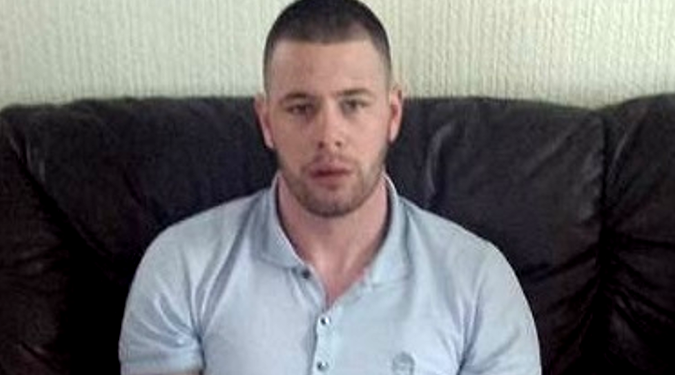 Police have issued a £10,000 reward for any information leading to the discovery of a missing 25-year-old feared dead.

Michael Patrick Martin was last seen on Sunday 7 August and his was car found dumped in Blackley.

Acquaintances described Michael, 25, as “a nice lad to speak to” and “a kind and thoughtful guy”, although close friends were difficult to locate.

Michael is also considered vulnerable due to mental health concerns and he was acting “unpredictably” in the days leading up to his disappearance.

In a press conference at Greater Manchester Police’s Force Headquarters today, Monday 22 August, Detective Superintendent Jon Chadwick laid out what his investigators know about the 25-year-old.

He was last seen at an ESSO petrol station on Bolton Road, Kearsley, at 7.30am on Sunday 7 August.

Police have launched a murder investigation and have since searched two properties in Blackley, one on Victoria Avenue and one on Longton Road, as well as a room at the Premier Inn on Middleton Road, Higher Blackley.

A second car of his was also found abandoned in Prestwich.

A 39-year-old man and a 53-year-old man have been arrested and bailed pending further enquiries, one of whom was with Michael at the petrol station when he was last seen.

CCTV of Michael’s last known movements was also released after the press conference.

Video footage taken on Sunday 7 August shows a car with a second man inside pulling up at a petrol station.

Michael gets out and goes into the store.

He doesn’t buy anything and comes back out again, but when the second man gets out of the vehicle, Michael races across the road on foot.

When Michael ran off, the car was taken by the second person he was with.

At the time of his disappearance, Michael lived alone on Westwood Avenue in Little Hulton, Salford.

He was described as “not a particularly outgoing person”, but it made clear it was very unusual that he would disappear like this without contacting family.

DCI Chadwick said Michael was close to his parents and particularly to his dad, who he was normally in contact with every day.

While he was known to police, he was not being formally investigated at the time he disappeared.

He had no money, no bank card and no mobile phone with him, and nothing has come out of his bank since.

He was on medication – exactly what, DCI Chadwick was unwilling to confirm, but Michael is not thought to need the medication to sustain his life.

It’s been revealed that this move was so detectives could gather a wide range of evidence – more than would have been possible with a simple missing persons investigation.

Police top brass said they believed Michael had been violently assaulted in the days leading up to his disappearance and that was confirmed today.

Two men have been arrested since Michael went missing: one of the men was staying at the Premier Inn hotel on Middleton Road, and that appears to be why officers searched the premises.

Det Supt Chadwick, Head of GMP’s Major Incident team, said: “We are keen to speak to anyone who may have any information about what has happened to missing Michael Martin.

“We are particularly keen to speak to anyone who may have seen Michael’s car in the two days before it was recovered.

“We are investigating a number of possibilities and are not ruling out that he is still alive; but it is now over two weeks since he was last seen.

“Michael is vulnerable due to some mental health concerns and his family are understandably desperate to find out what has happened to him.

“Our specialist support officers are supporting Michael’s family through this incredibly difficult time and my thoughts are with them.”